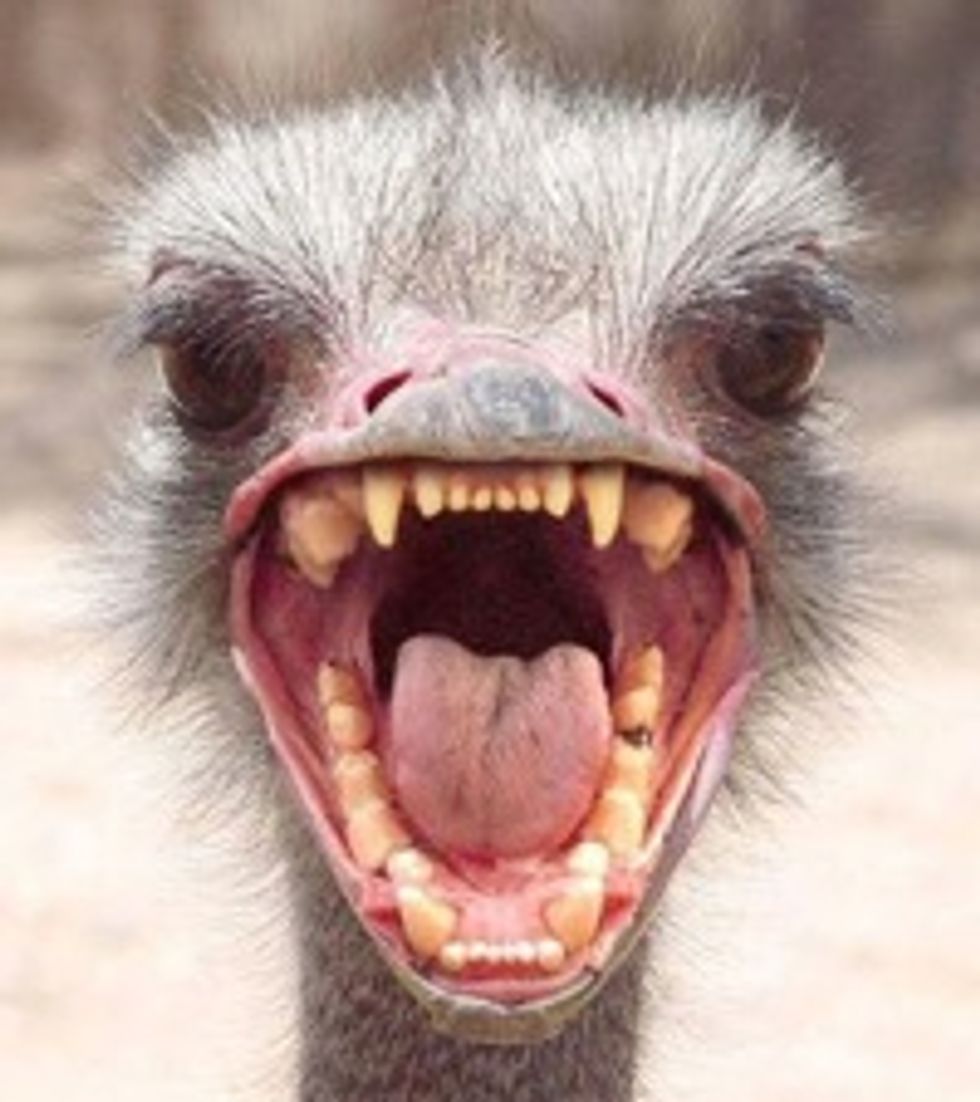 Jill Biden, huzzah! She should own sixteen Nobel Prizes already, for staying married to the blabbermouth Joe Biden and for sending out a fundraising appeal on behalf of the pants monster Hillary Clinton. Now she deserves another prize, for Truth, because of what she told Oprah yesterday.

SHHHH NOBODY TELL BECAUSE THIS IS A BIG SECRET.

Apparently, Barack Obama told Joe Biden he could decide whether he wanted to be Vice President or Secretary of State. This is sort of shocking because jesus, what if he'd picked Secretary of State? Would Hillary Clinton be our new VP? Probably not! Barack Obama is not that dumb. He probably would have picked, who knows, maybe Bill Richardson? Which would have been a disaster, on account of his New Mexico investigation into crookedness.

Another option would have been boring types like Evan Bayh or Tim Kaine, who would not have given America half the larfs we have already wrung from Joe Biden.

The point is, Jill Biden does not have to tell Oprah everything.