Jim Bob Duggar: Incesters Like My Oldest Boy Should Be Put To Death 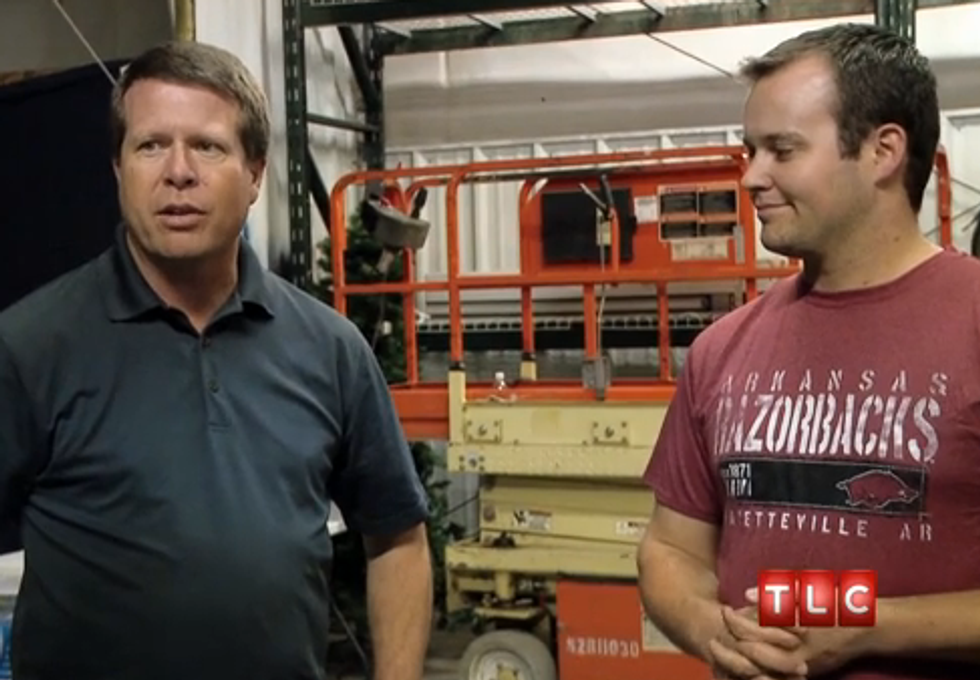 HERE IS A JUICY THING. Way back in 2002, when Jim Bob Duggar was running in the Republican primary for the U.S. Senate (and losing), the part of his campaign website labeled "abortion" said that no, ladies should not be allowed to abort their rape babies, but the rapist should be killed. Oh, and also that the "heinous crime" of incest should be a capital crime as well. Look what Defamer duggared up:

Funny he would say that! He was campaigning just about the same time his son Josh started engineering an express train to Diddle Town inside the Duggar family homestead. Did Jim Bob know about the allegations yet, when his platform was written to call for the death of people just like his son? According to the Washington Post's timeline of events, the Duggars first learned about Josh's sexual abuse of his sisters in March of that year, although Josh didn't tell them that yeah, he was abusing his sisters, until July 2002, two months AFTER his dad lost that primary.

In the family's statement last week, Jim Bob Duggar said “that dark and difficult time caused us to seek God like never before.” Perhaps it also made him rethink whether or not people like that should be executed, but to be fair, and for the purposes of NOT DEFINING RAPE DOWN, Jim Bob Duggar was talking about the kind of P-in-V incest that results in a pregnancy. So maybe he still wants to execute the rapists and incesters, who knows?

Maybe Jim Bob is doing that thing where he reads the parts of the Bible he likes the best, and sort of ignores the rest. Because in the Old Testament, it does say that rapists are supposed to be stoned to death. As to incest, God was for it before He was against it. And of course, maybe Duggar just really likes that story about the Prodigal Son, except that story didn't involve sister-diddling (that we know of).

Or maybe it's just that Jim Bob Duggar was talking about OTHER people, who aren't named "Duggar." Man, fuck these people.