Jim Clyburn Will Battle Steny Hoyer To the Death 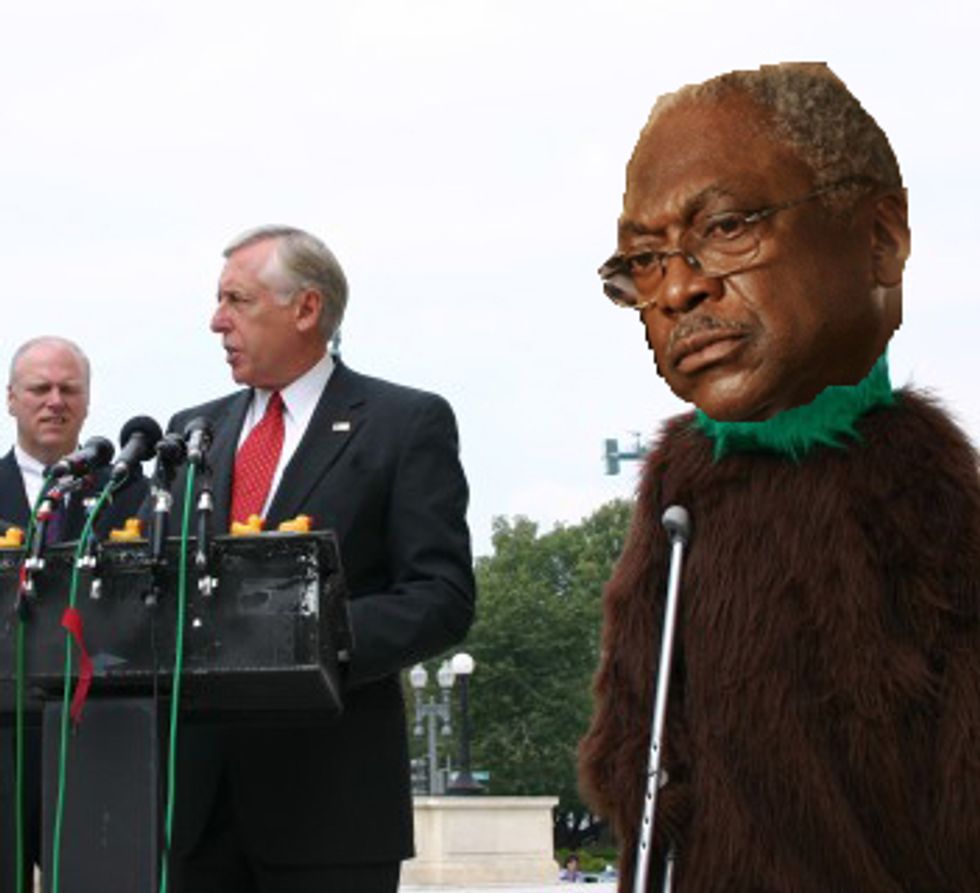 Jim Clyburn wants to keep his job as Democratic whip, and Nancy Pelosi wants to keep her job as the top Democratic leader in Congress. That's fine, but perhaps you guys could have thought for a second about poor Steny Hoyer, who would also maybe like to stay in one of the high leadership positions? One option for Hoyer is to step away from all this "leadership" stuff and become part of Obama's emo clique, cutting himself with them under the White House bleachers. The other option is to try to rip a slab of wood from his desk on the House floor and try to impale Jim Clyburn with it. Which shall he choose? We really have no idea. Hoyer's public duty has always been simply to stand behind Nancy Pelosi at press conferences, looking like a sad-faced Joe Biden; we have no idea what he's got in him.

"In the days since the election, I have received an outpouring of support from Democratic colleagues who have told me that I should remain in our party’s leadership, so that our Caucus can hit the ground running with a strong, tested leadership team," Hoyer said in a statement.

The only solution to this is pistols at dawn. No, that's old politics. The Politics of Hope dictates a wet t-shirt contest. Which man's torso will be less horrific? [AP/The Hill]