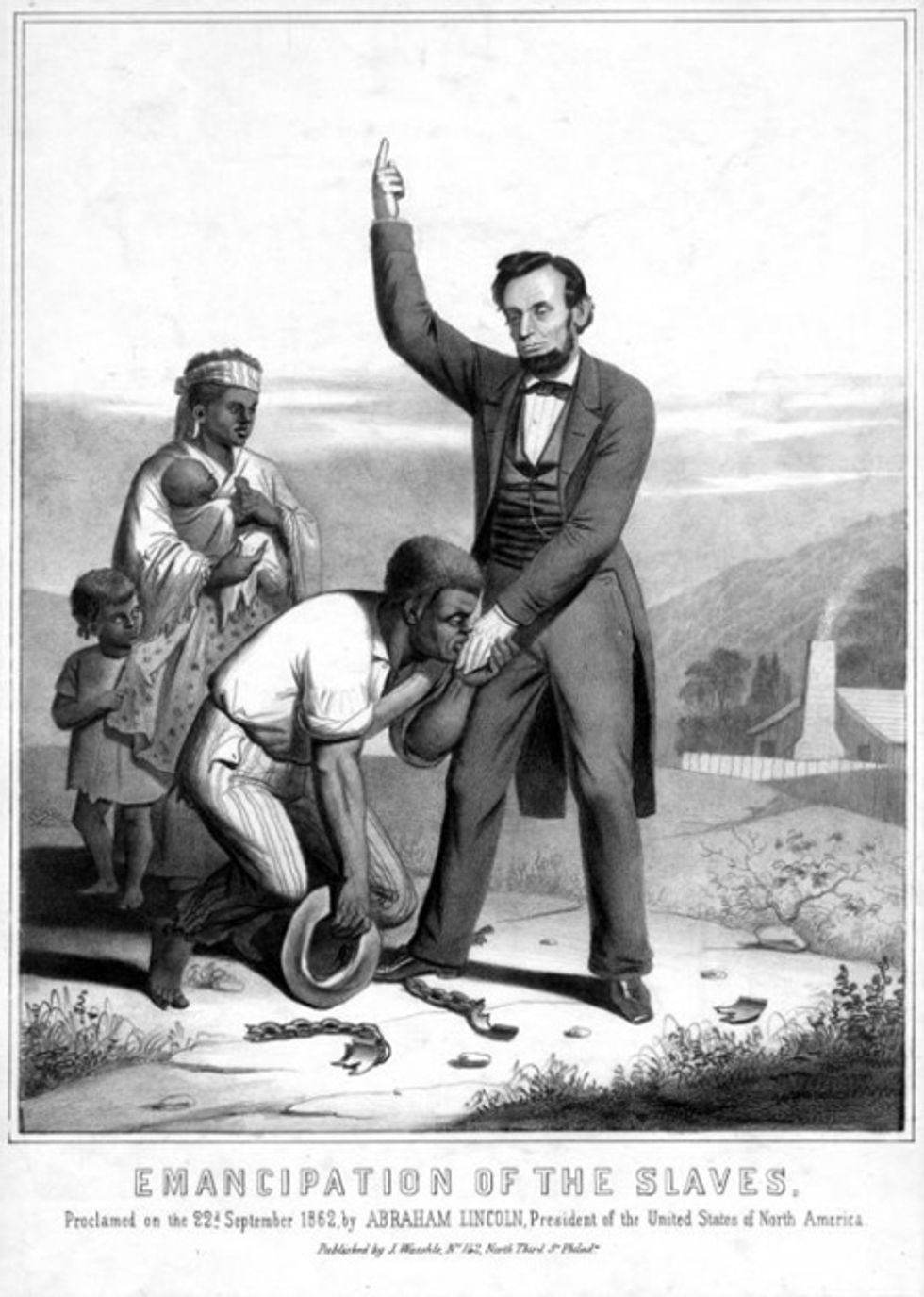 Heritage Foundation head Heritager Jim DeMint took a crack at revisionist history last week on aChristian radio program, and delivered the somewhat surprising verdict that the federal government didn't play a role in freeing the slaves. Instead, what did it was both the Constitution and the "conscience of the American people," which will certainly make for some disappointing costumes at Civil War reenactments.

DeMint made the startling revisions to history during an interview with Jerry Newcombe of Truth In Action Ministries, as part of a discussion of how progressives are opposed to all the "ideas that made this country great," one of which is apparently the idea that just making shit up about history is at the core of American greatness. (And actually, you probably could make a case for that.) As an example, Newcombe suggested that a liberal might toss out the radical notion that the Founding Fathers didn't get everything just perfect, since we fought a Civil War just 80 years later. DeMint would have none of that communist nonsense:

Well the reason that the slaves were eventually freed was the Constitution, it was like the conscience of the American people. Unfortunately there were some court decisions like Dred Scott and others that defined some people as property, but the Constitution kept calling us back to ‘all men are created equal and we have inalienable rights’ in the minds of God.

Now, it's true that William Wilberforce was indeed a great foe of slavery and an evangelical Christian who fought to end slavery.

In England. In 1833, thirty years before the Emancipation Proclamation in the U.S., a country whose people he was not part of.

And just for the sake of accuracy, English slavery was also ended by an act of Parliament, which a lot of us crazy liberal progressives would foolishly call "the government," but that's probably just because we're a little slow. DeMint wrapped up his explication of the True And Correct History of Slavery thusly:

So no liberal is going to win a debate that big government freed the slaves. In fact, it was Abraham Lincoln, the very first Republican, who took this on as a cause and a lot of it was based on a love in his heart that comes from God.

We'll just have to assume that DeMint is talking about Abraham Lincoln the private entrepreneur here, not the guy who was the head of the federal government and commander in chief of the Union military. (We think they had something to do with the end of slavery too, but we'll have to look that up.) Jim DeMint, head of the Heritage Foundation, apparently believes that the Emancipation Proclamation was somehow not an act of "big government," and we guess neither was the 13th Amendment, which really is just one of those unimportant non-Second ones anyway.