Jim DeMint's Chosen Successor Maybe Has Had Sex Outside Of Marriage, Burn Him 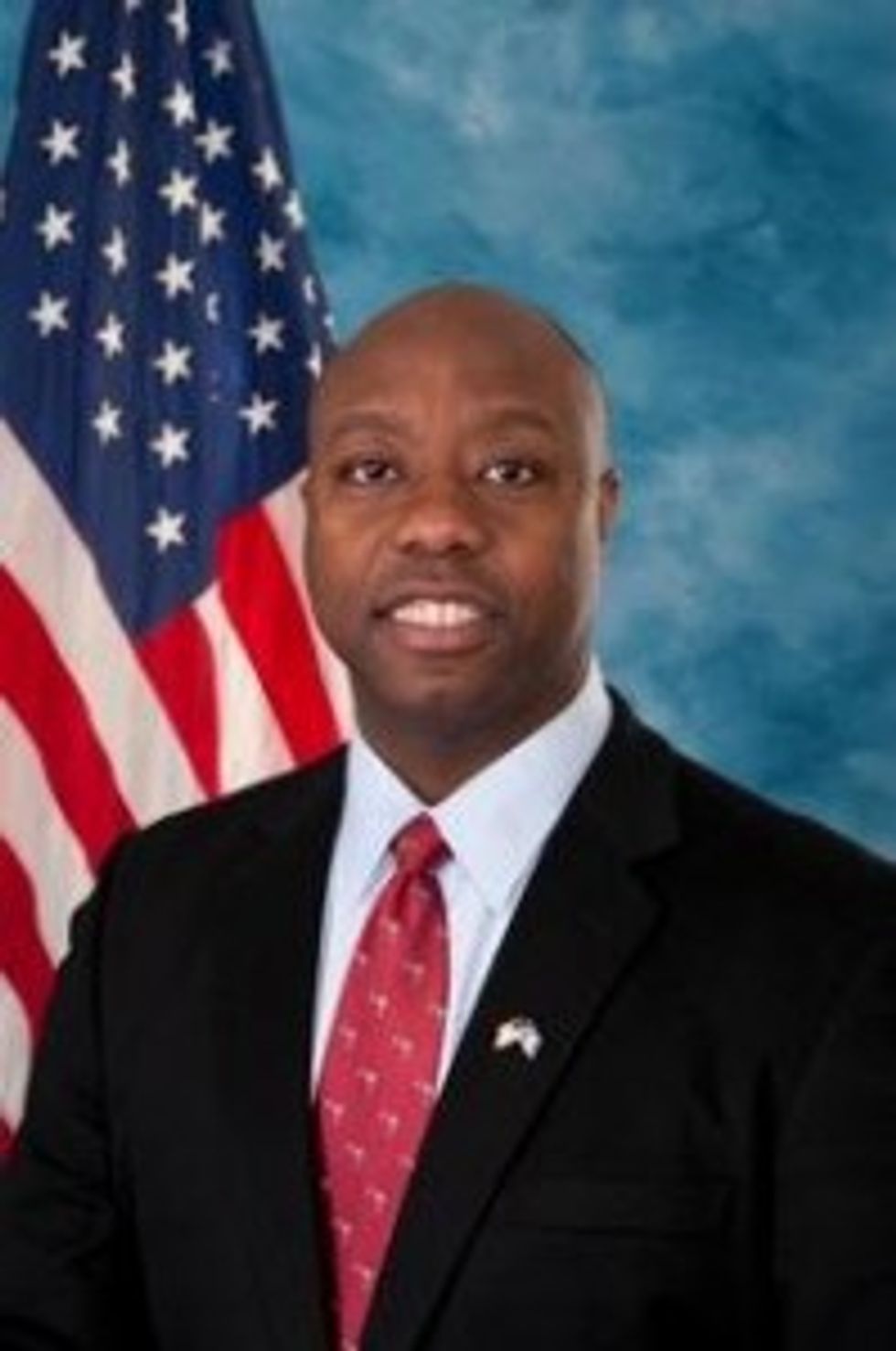 Oh, you guys think South Carolina freshman Congressman Tim Scott is so great, huh? And that's why he isawesome dude Jim DeMint's handpicked successor in the Senate when DeMint goes off to filibuster the Heritage Foundation or whatever? Well what if we told you he might not even be a virgin but might have put his dingus in a lady's babyhole, even though he is a 46-year-old bachelor unbound in holiest matrimony? WHAT THEN? HENGHHGH?

As a 30-year-old, Scott would speak at schools about the importance of abstinence until marriage. He didn’t hesitate to tell the story of his own virginity as an unmarried man. “Talking to teens and college students about sexual purity is a hot ticket for me because I’m single,” he told The Post and Courier in Charleston in 1995. “I know what it means to struggle on the issue of sex. But it’s worth the wait.”

Scott laughed when asked recently about whether as a 46-year-old bachelor he adheres to the same virtues that he did at 30. “Yeah.… Not as well as I did then,” he said in his Capitol Hill office. “At the end of the day, the Bible is very clear: abstinence until marriage. Not to do so is a sin.” Scott said he would still go to schools to preach the importance of abstinence but would no longer use his own story. “I wouldn’t talk about that anymore,” he said with a smile. “The Bible’s right—you’re better off to wait. I just wish we all had more patience.”

That's right, y'all. Tim Scott is nothing but a jezebel who probably wants us to pay for his birth control pills, like a common prostitution whore.

Also, he'd be the first black Senator from the South since Reconstruction, so that's cool.