Jimmy Carter Explains All The Awesome Things George W. Bush Did, After Jimmy Carter Asked Him To 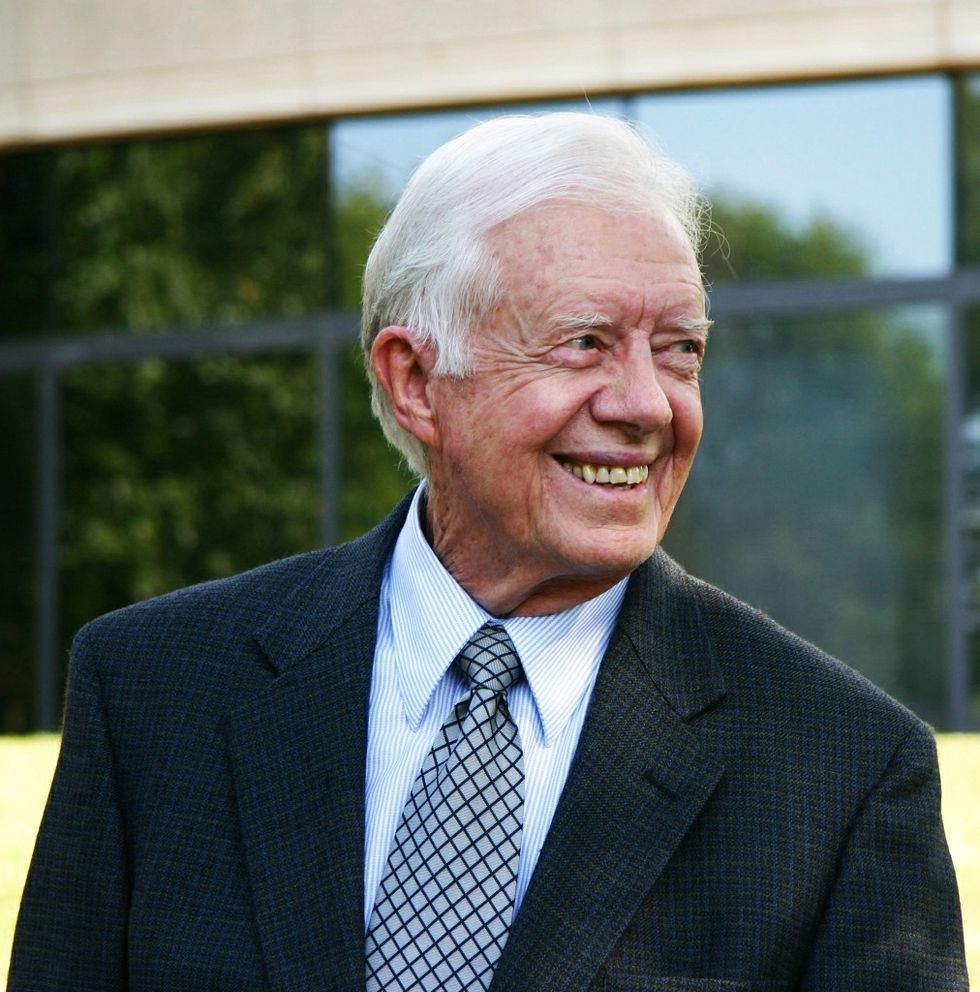 So Jimmy Carter* got up to make a nice speech about George W. Bush, because "civility." He opened with fond memories of the stolen election of 2000, during which the crowd was clearly waiting for something awful to fall out of his mouth, but instead he just used the anecdote to explain that everything good that George W. Bush ever did** was because Jimmy Carter asked him to. JIMMEH!

Then he talked about other nice things George W. Bush did in Africa, like increase aid by almost 700 percent. Haha, LIBRUL THING that Republicans HATE!

Then he talked about how George W. Bush has helped with AIDS, and cervical cancer, also in Africa, but it was kind of backhanded because it just sort of sounded like way more people HAD AIDS.

At no point, did JIMMEH point to anything good George W. Bush had done in the U.S. He's polite, but he's not a fucking liar.

*We bought this book for our dad for Christmas, because there are two things he loves most: Jimmy Carter, and books with a "thought for the day." OK, also the Dalai Lama, so that is three things. And his dog. So that is four things. And we guess his kids, so that is like 11 or 12 things, depending on which of us you count.

**Except when he dodged that shoe. That was pretty studly, on the real.