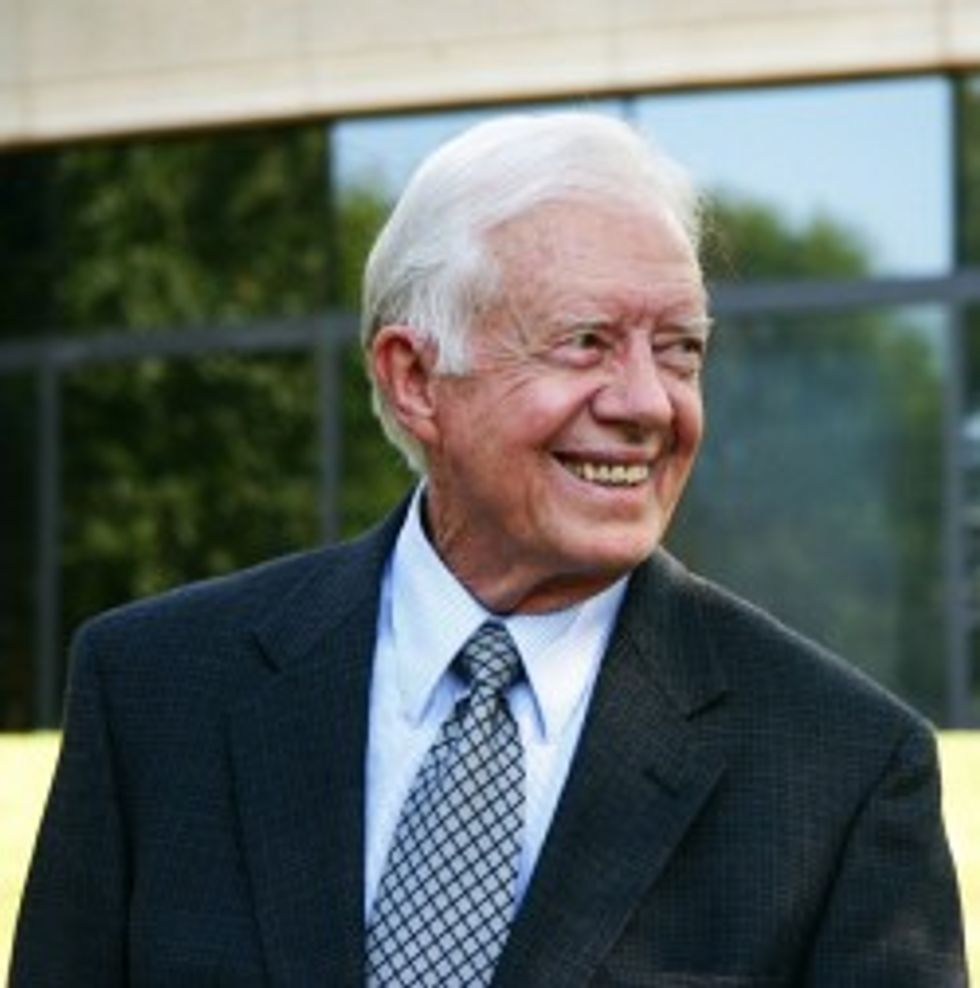 Jimmy Carter, your Wonkette's favorite elder statesman, caused a bit of a kerfuffle with statements made at a closed-door event in Atlanta for an Atlantic Bridge meeting:

No, the kerfuffle was not caused by Jimmy Carter speaking German at the Atlantic Bridge meeting; it is in German because no American press outlets showed up to cover the event. The kerfuffle resulted from the English translation of Der Spiegel's German translation of Jimmy Carter's speech, as well as the context within which it was said. From HuffPo:

"America does not have a functioning democracy at this point in time," Carter said, according to a translation by Inquisitr.

On one hand, we love Jimmy Carter. On the other, we disagree with his analysis that democracy was compromised by PRISM, so we have a bit of a quandary. See, for the past couple decades we've been living in an era of widespread gerrymandering, a loophole-ridden tax system that allows companies like GE to avoid paying any taxes at all, and a bifurcated legal system that rarely holds elites accountable for even the most egregious examples of wrongdoing. So no disrespect to Jimmy Carter, our favorite ex-President, but democracy was already bleeding out when PRISM was being developed.

In June, while Snowden was scrambling to send out asylum requests from an airport in Russia, Carter appeared to back the former NSA contractor's efforts to remain out of U.S. custody.

"He's obviously violated the laws of America, for which he's responsible, but I think the invasion of human rights and American privacy has gone too far," he told CNN, saying that nations were within their right to offer asylum to Snowden. "I think that the secrecy that has been surrounding this invasion of privacy has been excessive, so I think that the bringing of it to the public notice has probably been, in the long term, beneficial."

UPDATE! James E. Carter IV pinged us to be all "nope."

No, says Carter. "[The quote] is just wrong. He didn't say anything that he hadn't said before about NSA/Snowden

Well, SOMEBODY is a liar here, and we are going to state without anything to back it up whatsoever that it is neither Jimmy Carter nor his grandson, because of radness.