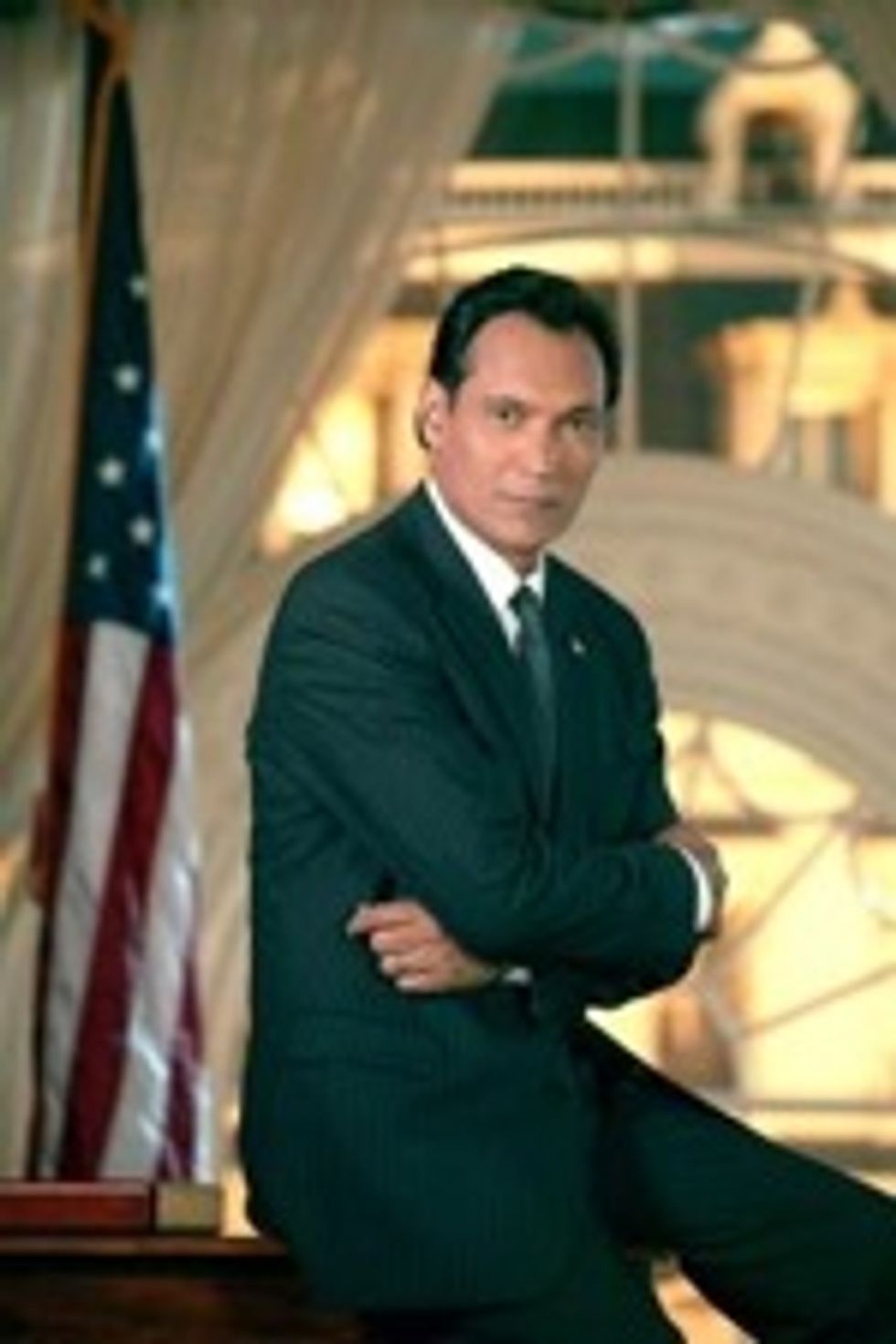 Remember that show,The West Wing, which was a show about terrible libtards talking very fast while they raced through underground tunnels? Ugh. (Maybe we are just bitter because Aaron Sorkin's next venture, Matthew Perry's Variety Hour For Humorless Liberals, was so awful it poisoned everything associated with him. ) ANYHOW, Jimmy Smits was apparently on this show in its waning year(s?), playing a simulacrum of hopeful ethnic Democratic nominee Barack Obama, while Alan Alda got stuck with the McCain role.

It is a well-known fact that real-life Democrats take all of their governing cues from Aaron Sorkin. So when Politico reports that "[West Wing] writer-producer Eli Attie even spoke to Obama adviser David Axelrod to pick up back story and other details for use in his scripts," what they actually mean is, "David Axelrod watched a couple episodes of this terrible show and told Barack Obama, 'Talk about hope more.'" So, thanks for nothing, Jimmy Smits. Alan Alda is still fantastic, though.