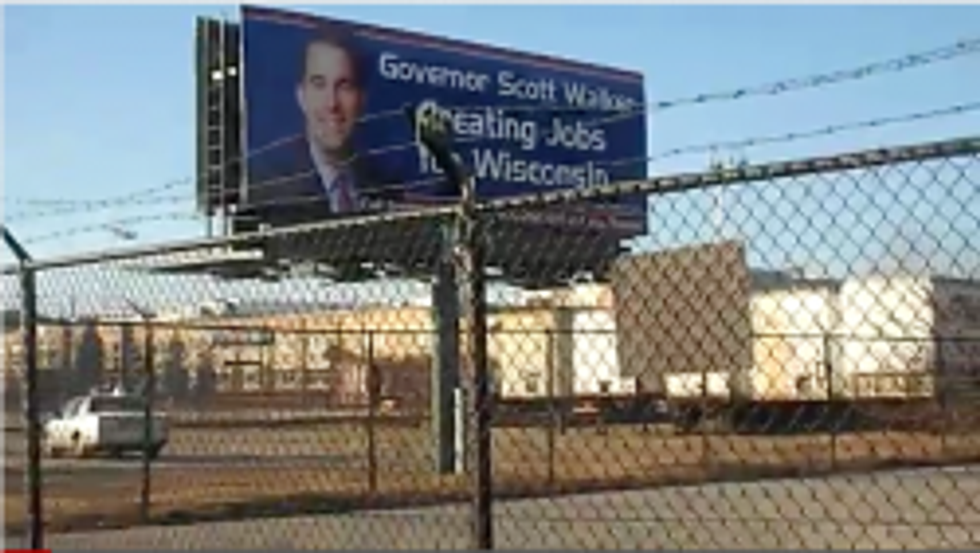 Wisconsin's remorseless weasel governor Scott Walker has a very important theory about why his administration has failed in epic fashion to create the 250,000 jobs he promised by the end of his first term: DAMN PROTESTERS. The state is currently leading the country in job losses, you see, because the peaceful protests against Walker's teacher union-crushing in Madison last year have sent all the business owners into hiding for fear of being eaten, by teachers. That is his argument.

Wisconsin lost 23,900 jobs between March 2011 and March 2012, according to data released Tuesday by the US Bureau of Labor Statistics. The state’s lead in job losses is significantly greater than the rest of the 50 states: No other state lost more than 3,500 jobs.

And now the WHINE, from an interview Walker gave to a right-wing radio program:

Well it’s interesting, look at the March to march numbers, March of last year to March of this year, there’s a reason why we had some challenges there, particularly early on. In March, April and May, people can remember what was happening, thank goodness it's passed now, you can remember what was happening last Spring in our state’s Capitol. There was a lot of uncertainty, particularly for small businesses, I know having held listening sessions all around this state, small business owners more than anything want certainty, they didn’t see that around the Capitol last year so that was one of the biggest challenges out there.