Joe Arpaio Said Something So Important That CNN Broadcast It Live 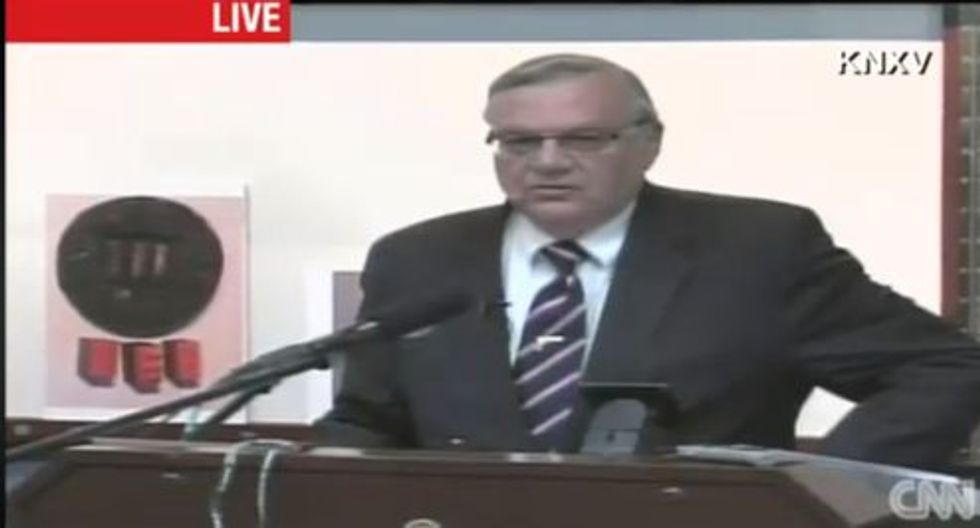 Top Arizona media whore and pink panty queen Joe Arpaio gave a stupid press conference today! Was it to respond to those allegations thathe stole millions and millions of public dollars to persecute his political opponents? To announce a new partnership-initiative with the Pope in covering up reports of child molestation? Or did he decide to finally announce that like Paul Babeu, he too has a preference for illicit gay handjobs from illegal Mexicans? COME ON, WHAT WAS THE MAJOR ANNOUNCEMENT, CNN???

OH. What, really? Really, CNN? Just because Joe Arpaio is a wicked lunatic who loves being on camera when only he knows he's got the pink panties on underneath does not mean you are obligated to help him fulfill his fetishes, CNN. Or maybe they are?

In conclusion, CNN is run by brain-damaged space wombats and Joe Arpaio still thinks that Barack Obama's birth certificate is fake, the end.