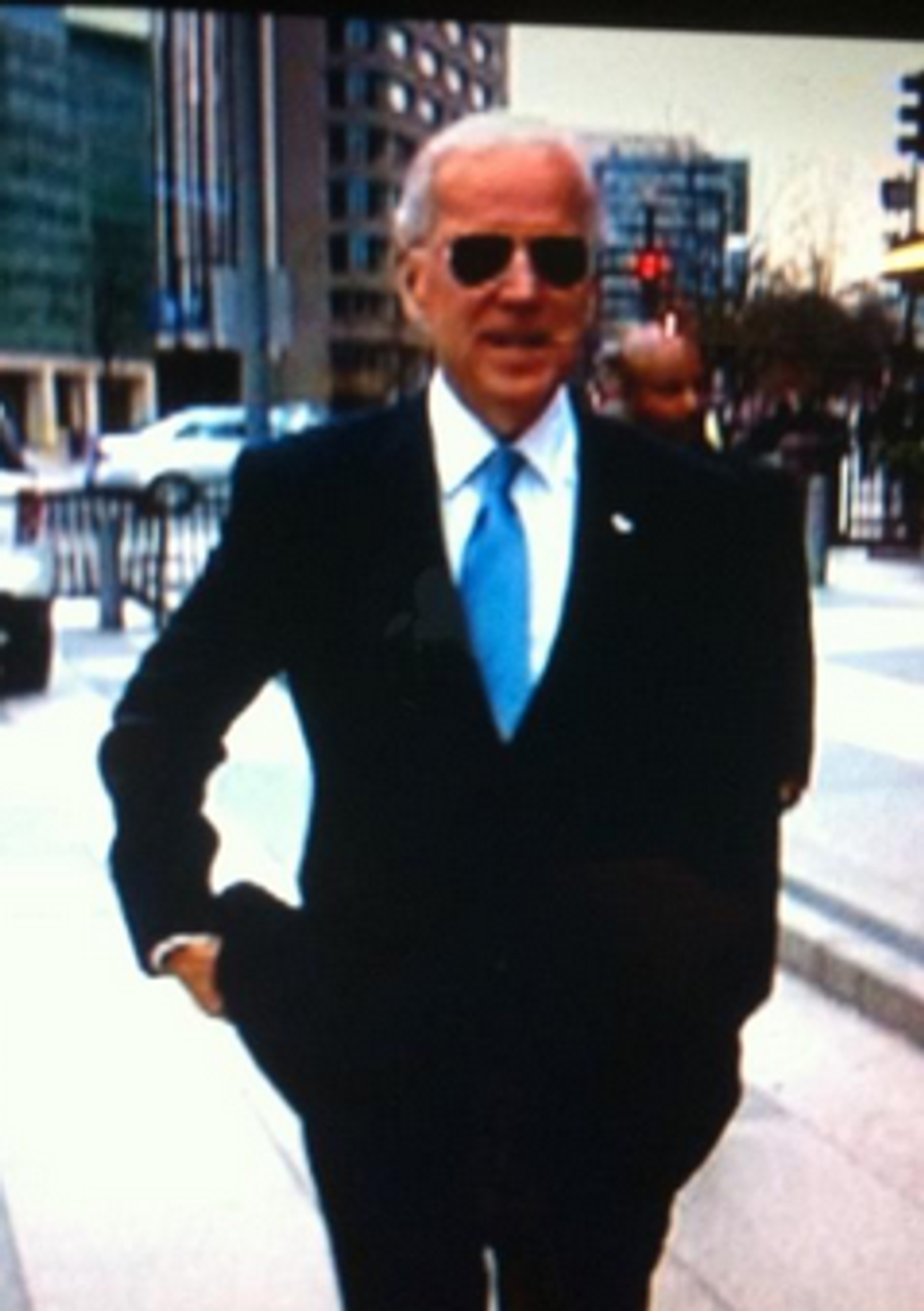 Is our favorite vice president of all time, Old Handsome Joe Biden, guzzling some of those five-hour energy drinks we see advertised everywhere? Because word is he went to a Democratic Party fundraiser in South Carolina on Friday night andtore shit up, son. Probably going to be a mini-Democratic baby boom down in that area in about nine months. Not that OHJB has eyes for anyone except Dr. Jill. It’s just that his raw animal magnetism is such that he can make a lady pregnant with his eyes. He’s that awesome.

OHJB was actually in Columbia to deliver the commencement speech at the University of South Carolina but took the time to head to the fundraiser and rally the troops. While there, he gave a speech that attendees described to CNN as “populist” and “Elizabeth Warren-like," hitting on themes of how the middle class is still struggling economically while corporations are more beholden to their stockholders than their employees. OHJB channeling Liz Warren? Are your panties a total loss yet?

Oh, and there was apparently a bit of a dig at Bill Clinton.

But several Democrats at the event were struck by one remark he made about Bill Clinton’s presidency: Three sources there told CNN that Biden said the fraying of middle-class economic security did not begin during President George W. Bush’s terms, but earlier, in the “later years of the Clinton administration.

Damn, Joe. Calling out the sainted Big Dog’s economic record, which most people remember rather fondly, what with the balanced budget and the years of economic prosperity and job growth. True, we also had NAFTA and that internet bubble bursting, and there will be a special place reserved, if not in Hell, at least in Triangulation Purgatory for Bill for that. But Joe, you can bet your ass if you run for president against Hillary in 2016, she and Bill will remember any slights. And while we're at it, let's get accurate about the time scale: Bill Clinton did his part to accelerate a trend that actually began under Saint Ron of Santa Barbara.

Also we have no illusions that Joe would actually govern as a populist if he got elected, since he would be as beholden to the wealthy money men as every other politician at that level. Nonetheless, we like listening to him when he’s in his “I grew up a working-class boy in Scranton, PA” mode. It’s a throwback to a time in American politics when there was actual concern for the middle and working classes.

We would totally vote for a Biden/Warren ticket in 2016. Multiple times under multiple identities. Because OHJB is the tits.