Joe Lieberman Is Most Hated U.S. Senator Ever 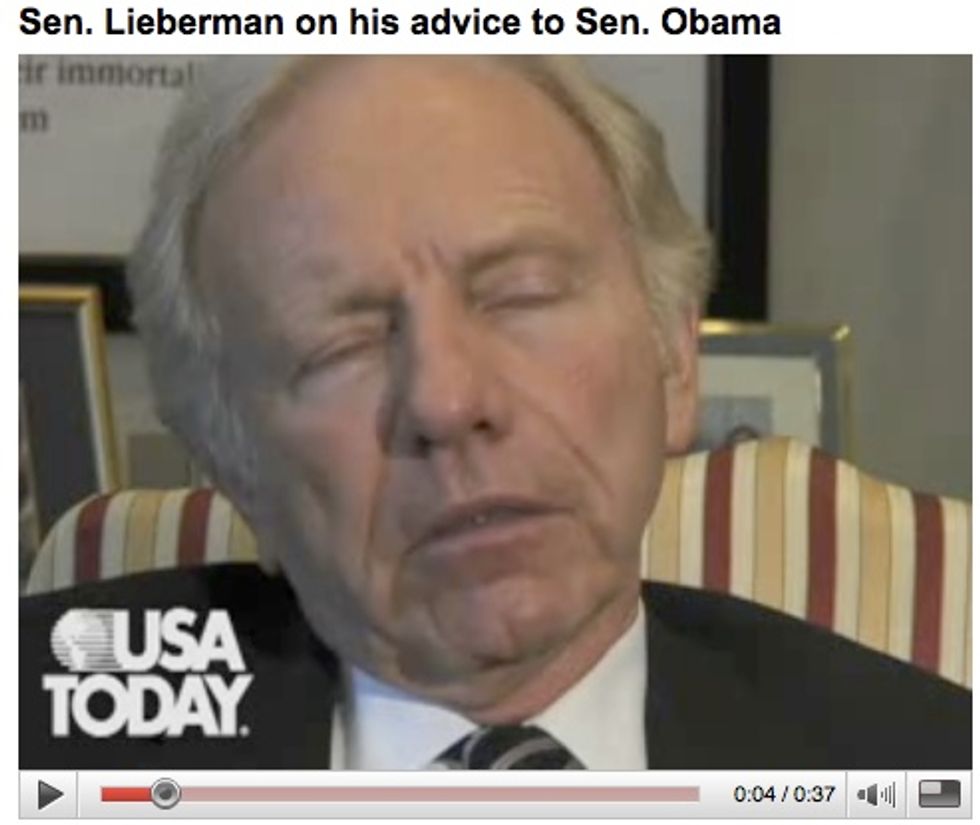 Vinegar Joe Lieberman is the first actual clump of feces to serve in the U.S. Senate, but it seems Connecticut voters are no longer charmed by this historical oddity. Lieberman now boasts the "highest disapproval rating in any Quinnipiac University poll in any state for a sitting U.S. senator -- except for New Jersey's Robert Torricelli, just before he resigned in 2002."

A third of the fools who voted for him in 2006 now say they wish they'd voted for pretty much any other person or thing. You Connecticut people are a bit slow, aren't you?

Even more shocking, a full 38% of idiots in that state still "approve" of his performance as John McCain's hilarious opening act on the campaign trail this year.