Joe Lieberman To Have 'The Talk' This Afternoon 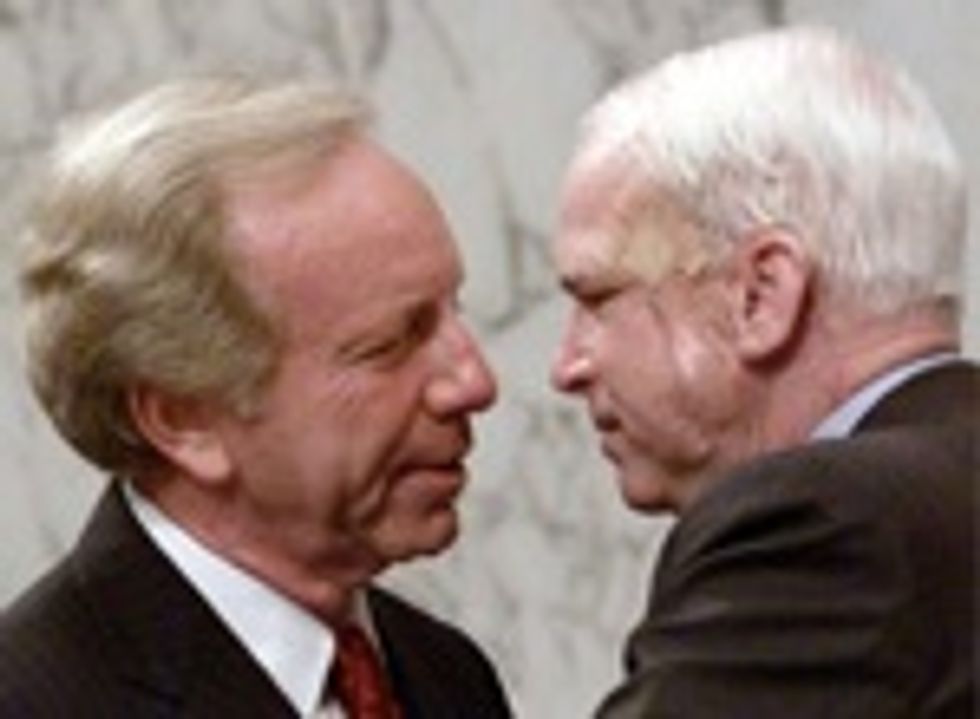 Everyone point and laugh at him now, for he has erred, my friends, and now the principal is tugging him by the ear into detention to try his War Crimes: "Senate Majority Leader Harry Reid will meet with Connecticut Sen. Joe Lieberman this afternoon to discuss the wayward Democrat’s future in light of his enthusiastic support of Republican Sen. John McCain’s presidential candidacy." Unfortunately Harry Reid is the disciplinarian here, so somehow the meeting will end with Lieberman firinghim. (Which is fine.) What really needs to happen, though, is for Barack Obama to beat the shit out of that rancid twatwaffle Lieberman on the Senate floor again. [WSJ]