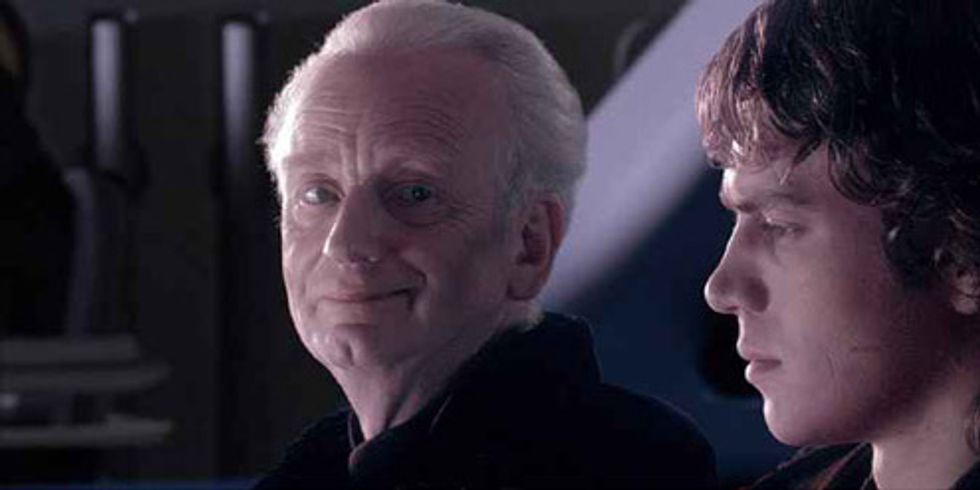 Fiercely independent Connecticut Senator and five-time Worst Human Of The Year Award winner Joe Lieberman finds it pretty frustrating when swarthy, sinister terrorists are picked up by FBI "courtesy patrols" and whisked off to a day spa for mud wraps and reiki work just because they managed to bamboozle some activist judge into making them a U.S. citizen. But Joe Lieberman is just one man! What can he do to protect Americans from all the "freebies" we give to Americans? C'mon Joe, think ... Bill of Rights ... think ... terrorist enemies everywhere ... Oh, wait! Just announce that they aren't citizens anymore, by executive fiat! Problem solved!

Lieberman said he was trying to amend an old US law "that says that if an American citizen is found to be fighting in the military of a nation with whom we are at war, they lose their citizenship."

He said his proposal would apply to "any individual apprehended, American citizen, who is found to be involved with a foreign terrorist organization as designated by the Department of State."

To be fair to Joe Lieberman (wait, did we just say that? ugh), he's not one of those Tea Party weirdos who, as a side effect of their sick fetish for late 18th century cosplay, are always ranting about the Constitution and whose paranoia about the gummint occasionally causes them to give some thought to the "rights of the accused" that the Founding Fathers seemed to care so much about. Joe has always been all about giving the president as much power as he wants, or even power he doesn't want, to crush terrorism or Muslim terrorism or people who might be Muslim terrorists. His big boner for the executive branch is pretty poignant, considering his multiple failed attempts to become part of said executive branch, but whatever.

Anyway, yesterday Joe thought that we'd need to write terrorist-citizenship-removal into the Constitution in order to get this thing done. But now he thinks it'd be OK if some bureaucrat at the State Department could just announce that you're "affiliated" with some bad guys and then bam, it's off to Gitmo for you, forever, hope you enjoyed your stay in the freedom-loving USA, sucker.

But until Joe manages to convince Congress that his way is our only road to total safety, we'll have to endure nightmarish outcomes like this:

But FBI deputy director John Pistole, standing alongside Holder at the same press conference, said Shahzad was actually interrogated early Tuesday under a "public safety exception to the Miranda rule," and that he "provided valuable intelligence and evidence" to investigators.

"He was Mirandized later and continued to cooperate and provide valuable information," Pistole said.

In other Joe-Lieberman-is-a-dick news, he's still all about offshore drilling because, eh, "accidents happen."