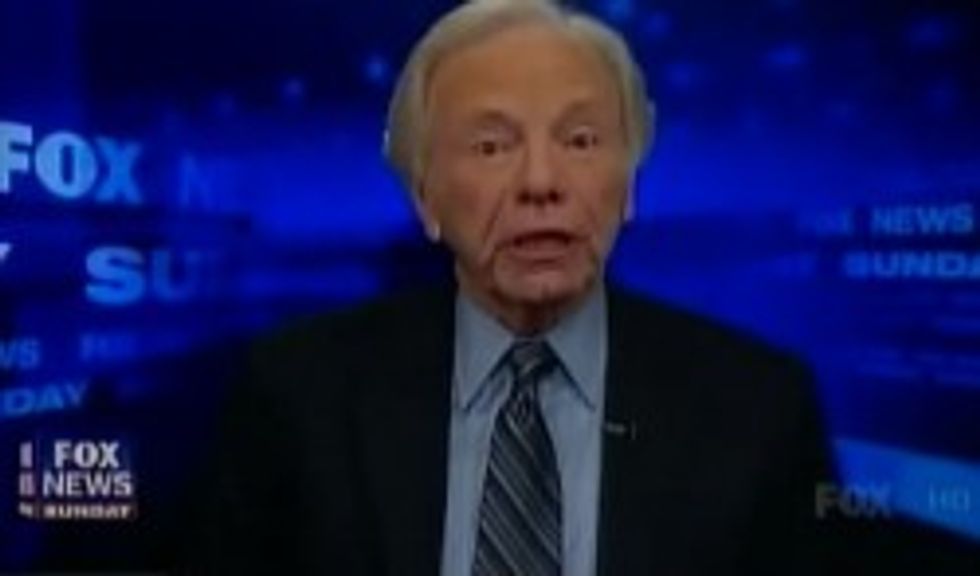 America's ugliest angel of war Joe Lieberman hobbled onto the Senate floor during the debt ceiling debate today tocomplain about how budget reductions will affect his favorite taxpayer-funded school for disadvantaged children, the Pentagon. Lieberman frames the debate over spending cuts by explaining that we should all begin viewing Social Security and national security as two zero-sum opponents pitting all of the country's old people against all of its bombs and its torture dungeons. Which of these two things would America rather keep? "Kill Grandma or kill bin Laden's corpse over and over again," is Joe Lieberman's Final Offer to everyone. VIDEO after the jump:

"Bottom line: we can’t protect these entitlements and also have the national defense we need to protect us while we're at war against Islamist extremists," Lieberman says. Or kill two birds with one stone, and just fire the old people at the extremists, but the video cuts off before he can say that.