Joe Lieberman's Minions Working To Save Him 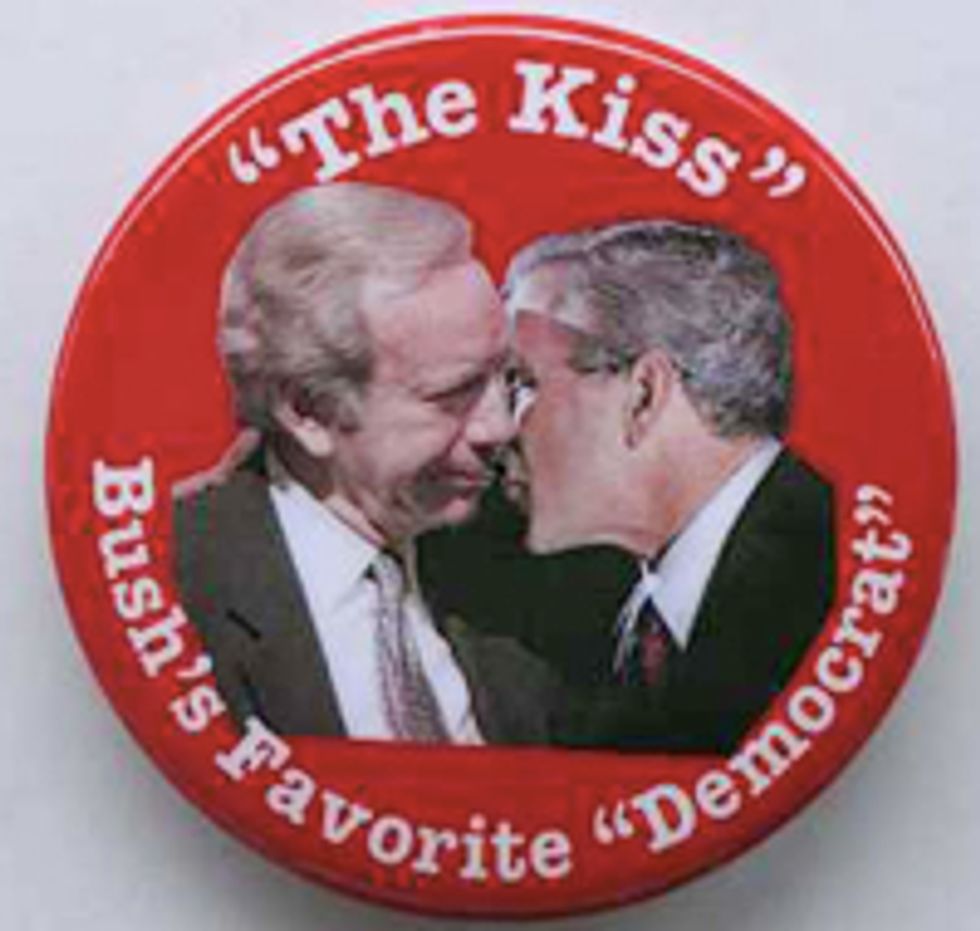 Time for everybody to stop hating Joe Lieberman, because he is not getting punished at all for calling the current president and majority party a bunch of fags every day for the past two years. According toPolitico, "Sens. Chris Dodd (D-Conn.), Ken Salazar (D-Colo.), Tom Carper (D-Del.) and Bill Nelson (D-Fla.) are all involved in the effort" of telling other Senators to support clemency for Lieberman in next week's caucus vote on stripping him from his Homeland Security chairmanship and/or other committee assignments. Well here is a Third Way: vote to send Lieberman to his precious Iraq and its War, as a private. No wait wait -- Afghanistan. That one's worse now isn't it? Send him to that one. The Afghanistan War. Or Darfur. [Politico]