Joe Miller Thinks the Stasi Had Some Good Ideas! 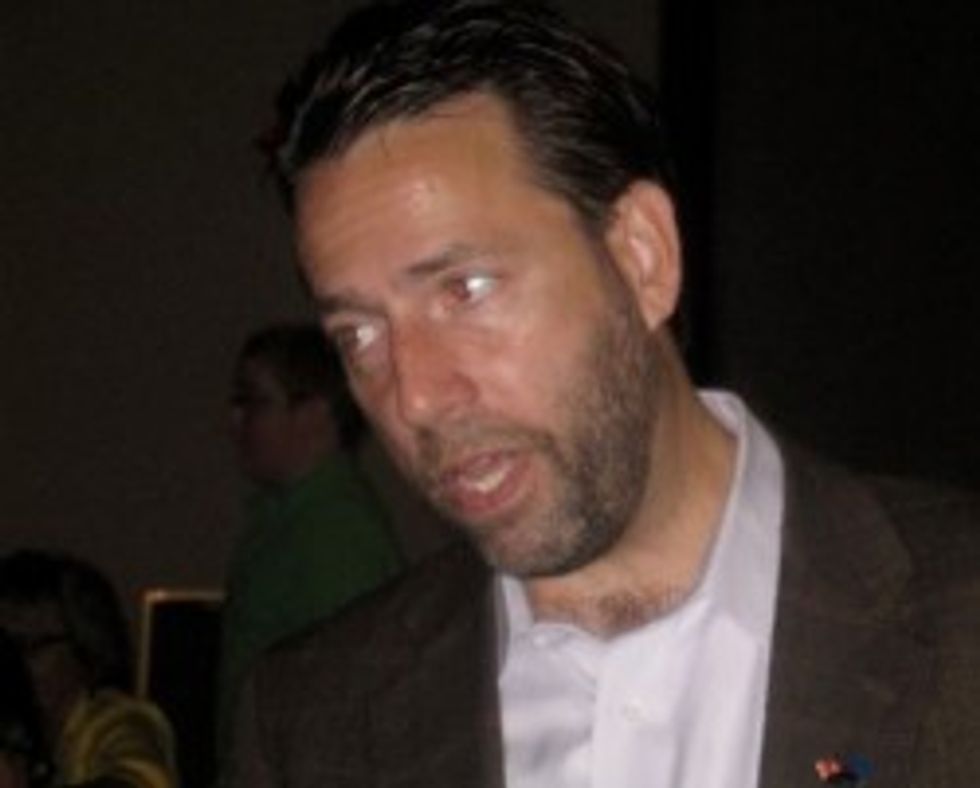 The phrase "will to power" gets thrown around a lot (by nerds, making nerd talk with each other), but it is probably indicative ofsomething when a person seeking political office seems to have a big hard-on for arresting and imprisoning people. Like, remember when Alaska Senate candidate Joe Miller had his security goons arrest some blogger, despite not strictly speaking having the "legal authority" to do so? Well, perhaps this shouldn't come as a huge surprise, since immediately before this incident Miller was at a Town Hall meeting, extolling the virtues of the people who built the Berlin Wall.

The obsessive videographers at Talking Points Memo magically made a video of this moment where none existed, combining still photos and audio, Ken Burns-style:

Miller was basing his statement on his experience as a Stasi spy U.S. soldier who had served along the inner German border during the Cold War, during which time he apparently mistakenly believed that he was there to help keep the hordes of migrant West Germans from climbing over the fence to get those lucrative migrant Trabant manufacturing jobs in the glorious East. At West Point, they don't teach you to look at the direction the machine guns overlooking the kill strip are pointing, apparently! But he knows enough to know that if only we would build a "Mexico Wall" (or "Anti-Mexican Protection Barrier," to give its official name), our society would be healed and our civilization would go on proudly for centuries, just like East Germany's did.

We'd like to believe that Joe Miller promoting the good works of an actual Communist dictatorship would not help him with the voters. Wonkette's first-ever post about Sarah Palin reveals that "Communist" is still a dirty word in Republican circles up there! But we live in a world where someone thought that running an ad with pictures of barbed-wire and guard towers was "reassuring" rather than "sinister" (Rudy Giuliani did this in 2008, and a million Wonkette points to Wonkette hero commenter johnnyzhivago for finding the clip), so probably Joe Miller will win in a landslide and then start building a giant prison he calls "America." [Talking Points Memo]