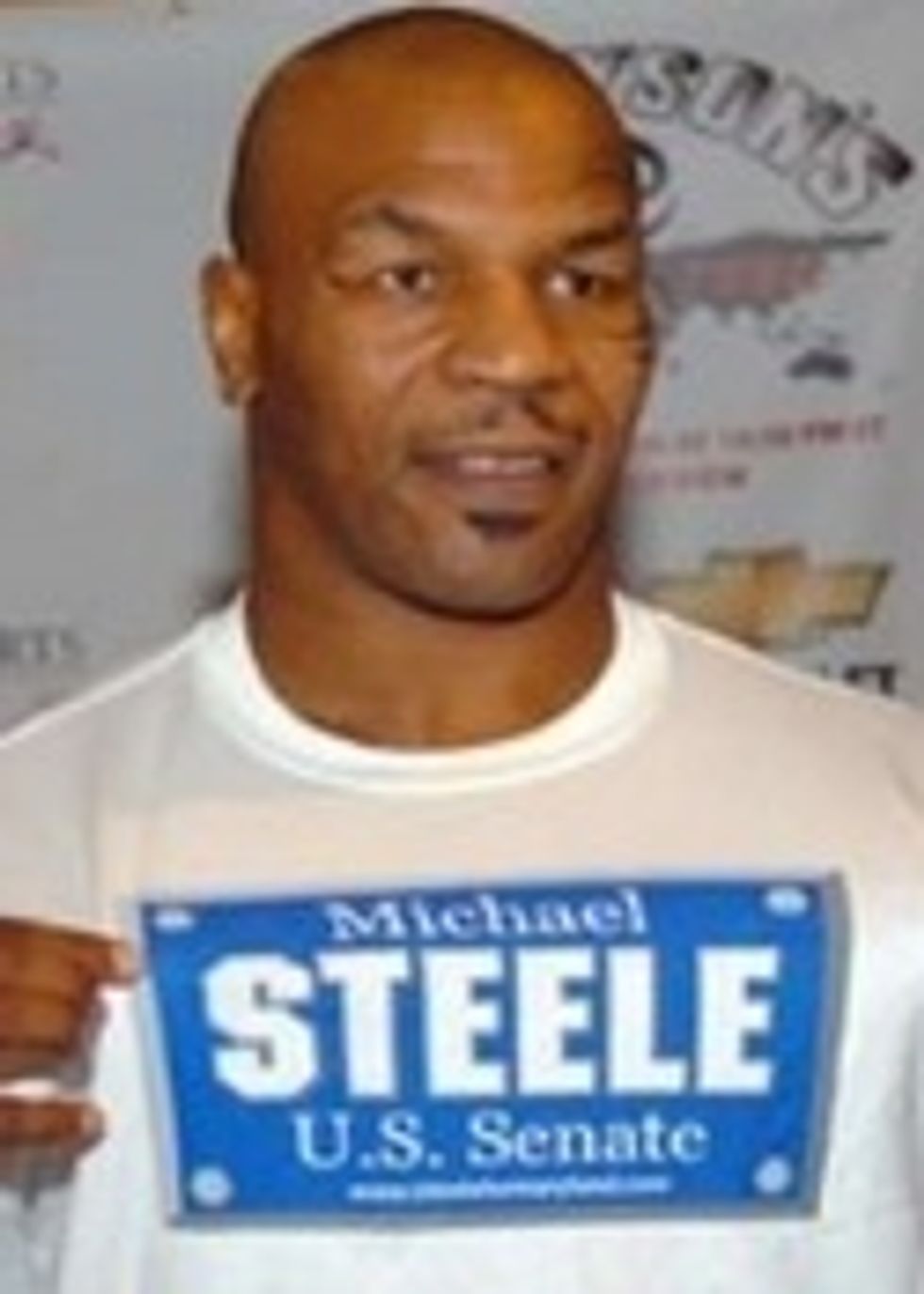 Nothing's more exciting on a Monday afternoon than when you're trolling for another lame Meghan McCain news story and instead find a new instance of feuding between two of the five or six most comical GOP characters. What! Look at this! Joe the Plumber has lashed out at Michael Steele!Jonathan Krohn must be so embarrassed.

What's great about Joe the Plumber's Denunciation is that it veers toward the non-racially transcendent. That's a fine and long-awaited turn in the anti-Steele wingnut rhetoric, if we do say so:

"Unfortunately we have a chairman up there who wants to redefine conservatism; he wants to make it hip hop, put it in a new package and sell it,” Wurzelbacher said [at a conservative summit]...