'Joe' the 'Plumber' Has No Time For 'Debates' 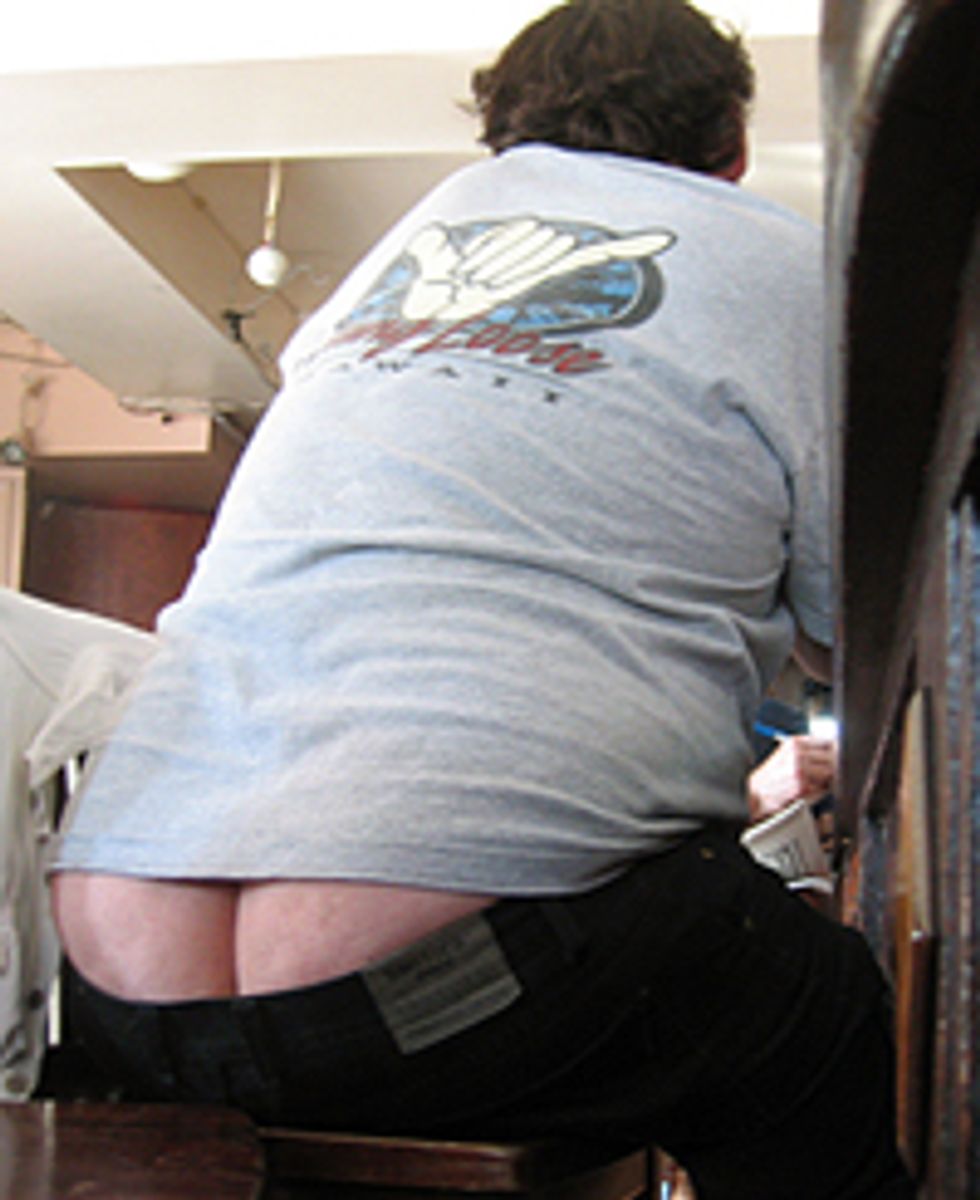 Remember Joe the Plumber, that guy who isn't really named Joe andisn't really a plumber but nonetheless became famous for no particular reason during the 2008 election and then somehow managed to get a reporting gig for Pajamas Media and subsequently "wrote" a "book" that now sells for about $00.01 on Amazon? Yes, THAT "Joe" the "Plumber." It pains us to inform you that he is also "running" for Congress with the same zeal he usually reserves for"plumbing" and book-"writing."

Samuel Joseph Wurzelbacher, the Republican running against U.S. Rep. Marcy Kaptur, D-Toledo, skipped out on the City Club of Cleveland debate Thursday and has earned a reputation for being all but impossible to contact, even by his fellow Republicans.

This is sad for us, because we were looking forward to watching a highlight reel of "Joe" the "Plumber" saying stupid things while Marcy Kaptur rolled her eyes and made jerk-off motions.

The Victory Center, which provides phone banks and logistical support for candidates, hasn’t even received yard signs or campaign literature from Wurzelbacher, she said.

Carrie Miller, spokeswoman for the City Club, said her organization made numerous attempts to reach Wurzelbacher but never heard back. Kaptur ended up speaking alone at Thursday’s event.

...“I’d rather have him in the arena and compete rather than hiding somewhere,” Steve Fought, a veteran campaign staffer working for Kaptur, said...“It’s the voters who lose in this because they deserve to hear what he has to say,” Fought said.

What did the voters do to deserve this? We do not know. But it must be something horrible. Or great, actually, now that we think about it.