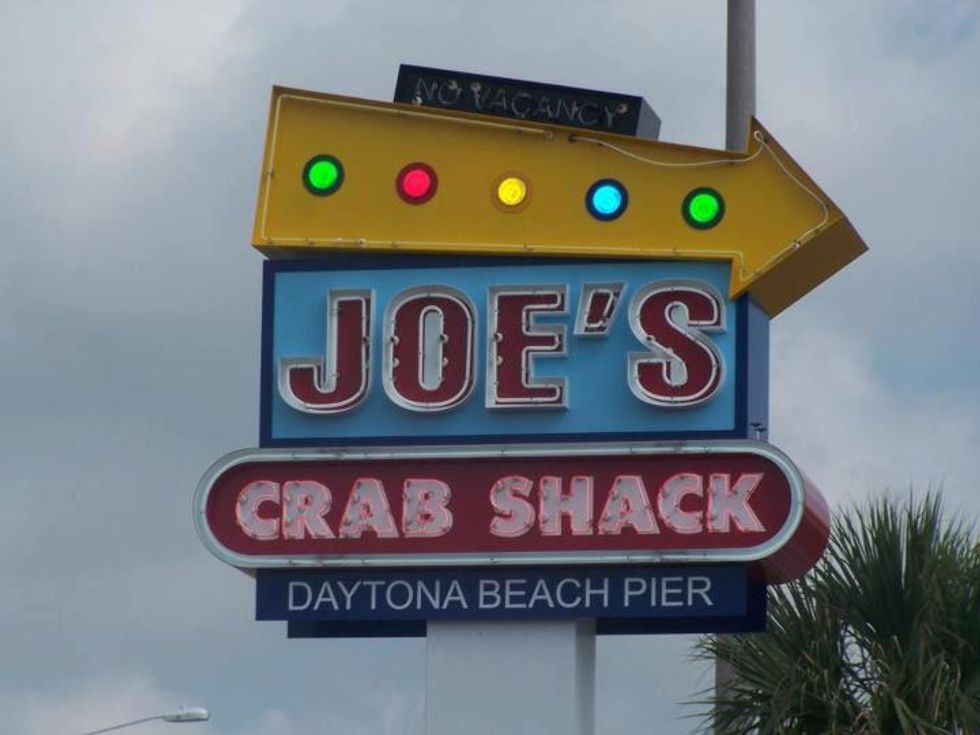 Joe's Crab Shack, aka "That Place That Probably Isn't As Gross As Red Lobster, We Think," finds itself in hot water (we're so sorry) at the moment over a wee bitty placemat snafu. Customers at a Roseville, Minnesota, location were understandably upset when they discovered the restaurant's table decor included images of African-Americans being hanged. Although the manager was apparently apologetic, a coupon for a complimentary order of Pasta-laya isn't going to do much to salve that wound.

It couldn't possibly get even more messed up than "decorative" images of lynchings, could it? OHHHH, YES IT COULD:

[The placemats] appeared to show a large group of white people watching a public execution of at least one black person. On the bottom of the picture, it reads: "Hanging at Groesbeck, Texas, on April 12th, 1895." At the top, the caption reads, "All I said was that I didn't like the gumbo."

We're going to have to invent new punctuation in order to react to this story appropriately. We're also frankly baffled as to how it happened. We've met a lot of dumbass restaurant managers in our time, but "hey let's decorate the tables with depictions of black men being horrifically murdered for funsies" would be beyond the pale even for them.

The company is very, VERY sorry, though, and knows it done goofed:

“We sincerely apologize to our guests who were disturbed by the image and we look forward to continuing to serve the Roseville community,” Catalano said in a statement.

"Everyone in existence will be fired, then I must write a death haiku ode to our Lobster Daddy Feast and commit seppuku to cleanse the dishonor I have brought upon my clan."

You might be surprised this is coming to us from Minnesota, rather than, say, Florida. Don't be: When it comes to utterly whackboots restaurant stories (frequently involving assault and racism), Minnesota is something of a trailblazer. We guess even Minnesota Nice goes out the window the moment one crosses the threshold of a T.G.I.Friday's.