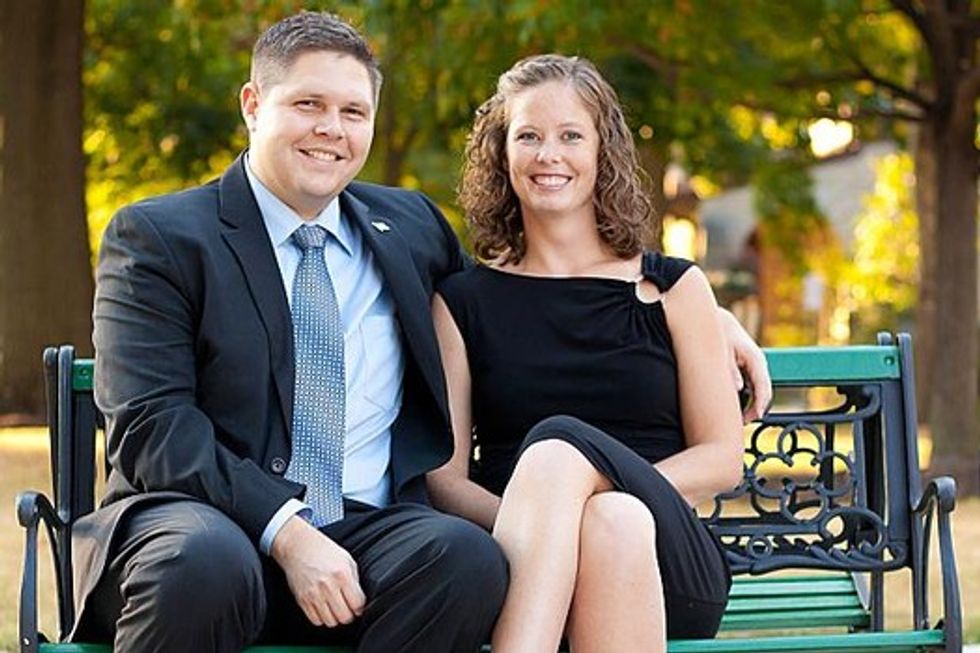 Friends, Romans, idiots, gather ye round and hear thetragic tale of the First Amendment and how it murdered John Boehner's Tea Party opponent, one J.D. Winterbottom, and how he is being persecuted to the fullest extent of the law by getting fired from his job for the crime of Thought. Where is Ben Shapiro to pound his fist about Thought Crime and "prejudice"? Where are the fine fellows of Reason? Will no one defend Mr. Winterbottom's right to make dick jokes about John Boehner on the internet without getting fired from his job at a private Christian college teaching the made-up language of "French"?

Mark D. Weinstein, Cedarville University spokesman, confirmed that Mr. Winteregg was let go, saying he had been an adjunct professor at of French for three years and last week “concluded his teaching responsibilities.”

“Mr. Winteregg in his recent political campaign video did not represent the views or values of Cedarville University,” Mr. Weinstein said.

Here is the video, which we previously showed you, and which you should not watch because it is dumb.

Who will be the first brave free-speech hero to argue for Mr. Winterbottom's right to be crude and gross and still teach at a Christian college? Oh, none of you, that is only when people are loud and proud racist or loud and proud anti-gay, and then their getting fired from their jobs in the private sector is the same as getting FEMA camped, because Barack Obama is the real racist?