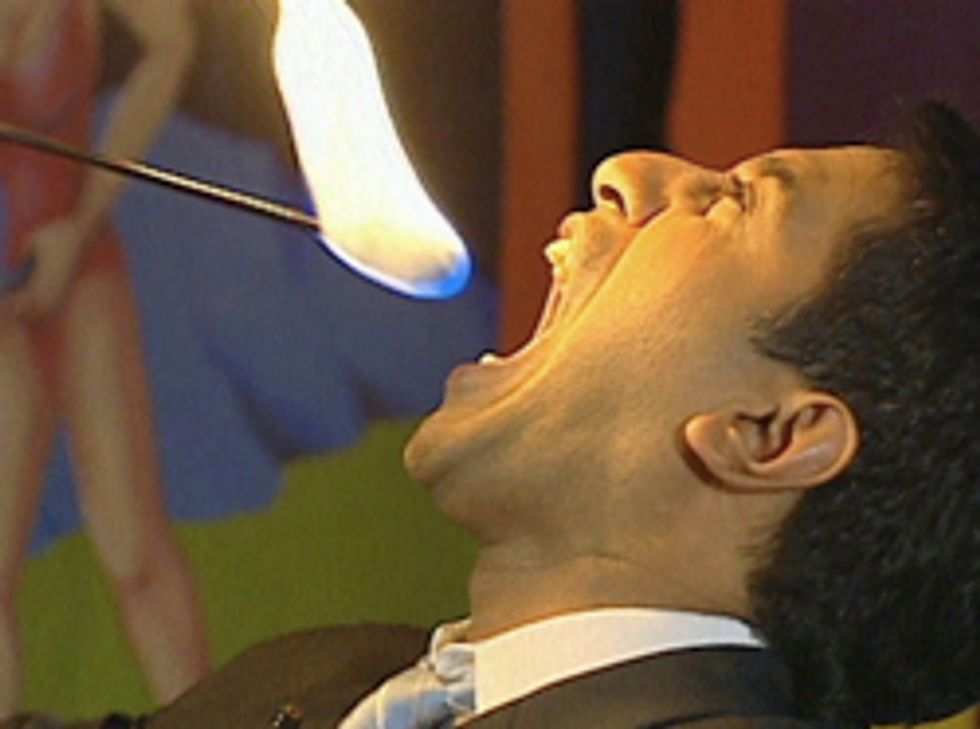 As Mark Penn told us all during the Democratic primaries, it is an established socio-political fact that black people do not like brown people and vice-versa, because of Microtrends, and this is why Barack Obama cannot win 70% of the Hispanic vote. This scientific insight about wacky minorities is the only possible explanation for why old black Congressman John Conyers has written aletter to his fellow legislators attacking our future surgeon general, Dr. Sanjay Gupta, the very attractive medicine guy of daytime cable news fame. It is ruthless and laden with factual and typographical errors, to add further insult to Dr. Gupta's Guatemalan heritage.

John Conyers despises Gupta's Mexican race so much that he calls him "Sunjay," which is actually a type of bird that Gupta's Incan ancestors would trap, for worship. He then references Paul Krugman as the "Noble Peace Prize wining economist," a phrase notable for its horrible spelling errors and factual incorrectness. Maybe he was referencing a different Nobel Prize explicitly designed for an "economist" to win? Anyway, it's a really mean letter. John Conyers is always sending mean letters to everybody about people he doesn't like, and how he intends to ruin them, which never happens. He is, at the end of the day, a Democrat.

Please join me in signing a letter to President-Elect Barack Obama that Dr. Sunjay Gupta not be nominated for the post of Surgeon General.

Also, there are highly experienced medical professionals who question whether Dr. Gupta has the necessary experience or even the medical background to be in charge of some 6,000 physicians or more who work in the United States Public Health Service. Gerard M. Farrel, Executive Director of the Commissioned Officers Association, stated in the January 7, 2008 Washington Post that Dr. Gupta will certainly face a 'credibility gap' because he never served in the National Health Service Corp, and furthermore, does not have the 'experience or qualifications to be the leader of the nation’s public health service.' Clearly, it is not in the best interests of the nation to have someone like this who lacks the requisite experience needed to oversee the federal agency that provides crucial health care assistance to some of the poorest and most underserved communities in America.

For more information, please view my web site at www.house.gov/Conyers. ...