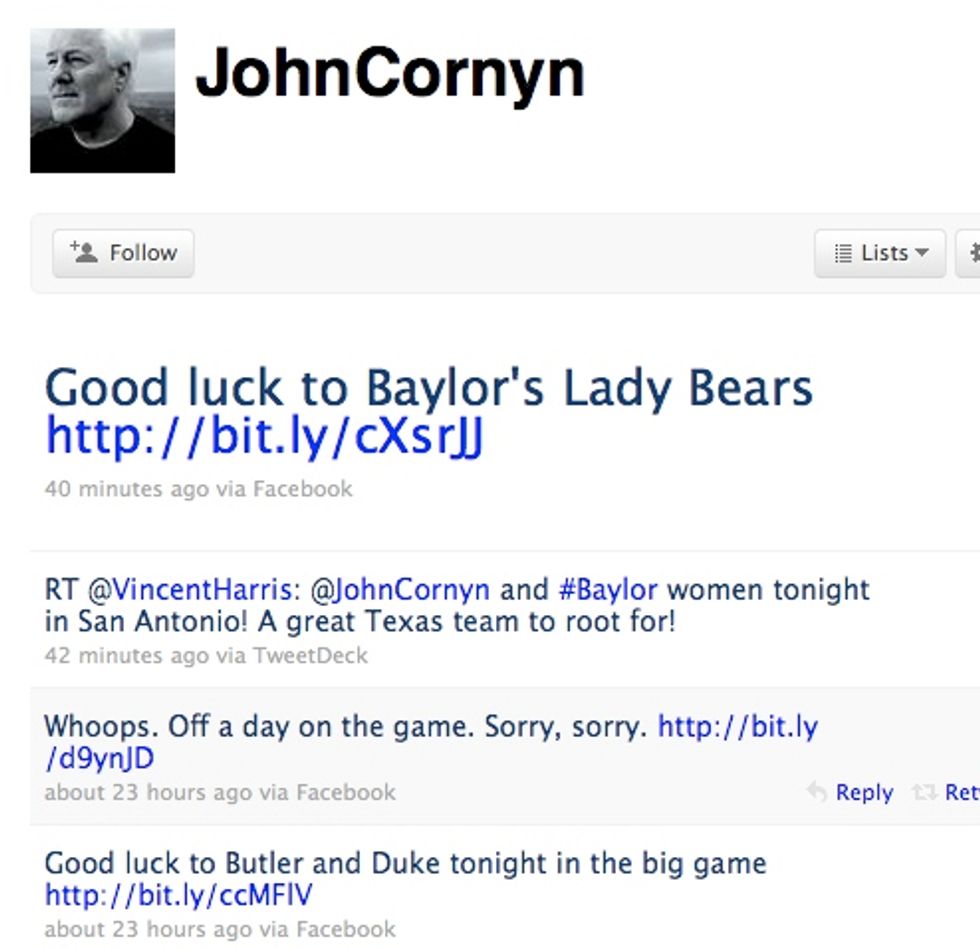 NRSC head "Big John" Cornyn of Texas has been having some difficulties on the Twitter Machine in the last 24 hours. He has been attempting to show Americans that he loves college basketball, just like normal people do. Yesterday he wished good luck to two teams that had played the night before, which he later corrected with a profound Twitter Apology. It's still unclear if America will forgive him, but now, after today's incident, far less likely.

In the last hour, John Cornyn has seen someone else type on Twitter -- maybe as a very successful prank -- that he should also wish good luck to the Baylor ladies' basketball (WHO ALLOWED THIS?) team, just as he did the teams from the men's game. Cornyn must have only then realized that a college basketball team from his home state had reached the national championship finals, which he probably should've known, even though they're just a bunch of chicks running around doing god knows what.

Two minutes later, he posts his "Good Luck athletic team that is apparently good at sports," and again, he is one day late, as the Baylor ladies lost badly to Connecticut last night. The team members had presumably been depressed all day and were likely together, each with her laptop, refreshing Cornyn's Twitter account for hours on end, hoping to get a lil' pick-me-up from their beloved Senator Big John. What a terrible shock this must have been to them. If they haven't all committed suicide yet, it's only a matter of time.

And that's because John Cornyn hates sports and America.