John Galliano, What Is Wrong With You? 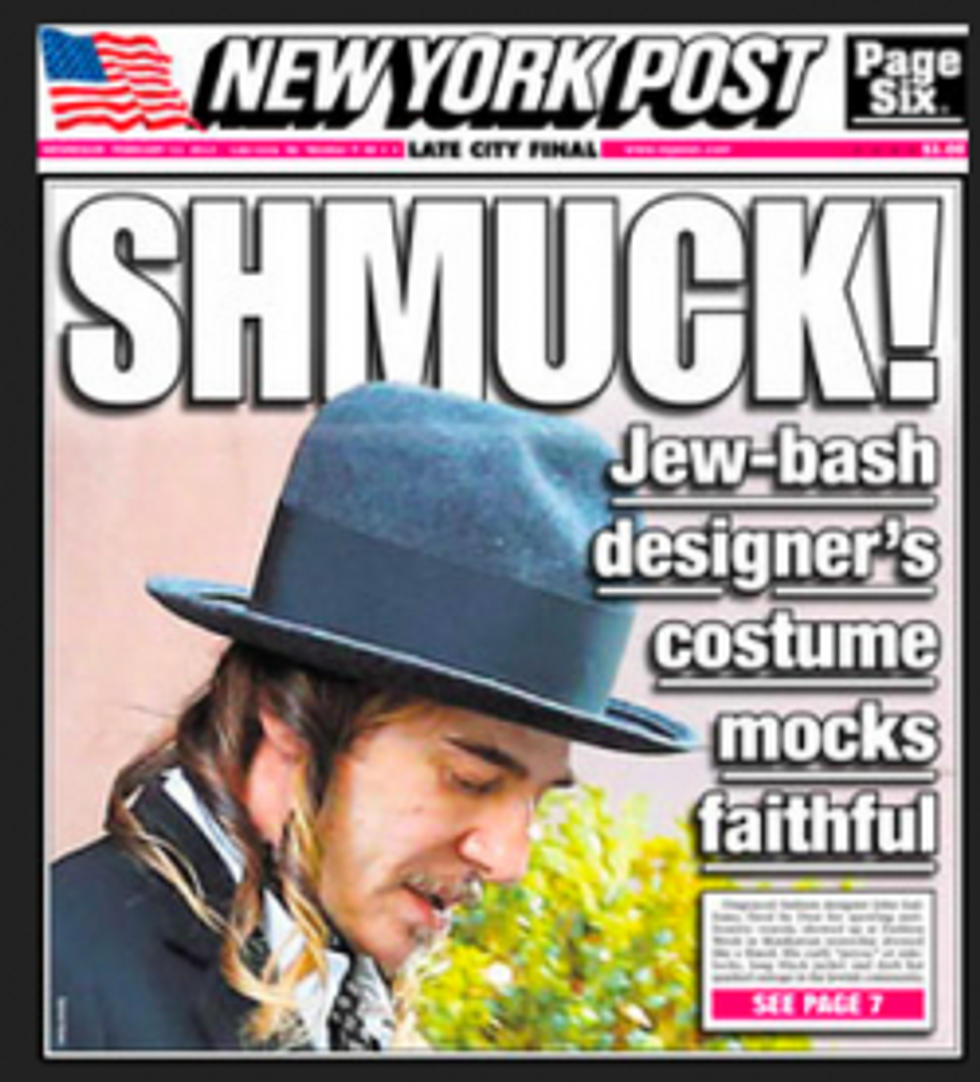 John Galliano, what is wrong with you??? OK, we get that you are "obsessed" with your own perceived Jewish heritage, because about 50,000 words in tothis Daily Mail profile of you in rehab it talks about how you are "obsessed" with your own perceived Jewish heritage. But after you've been fired from your fashion house and stood trial for (and been found guilty of) racism (or "public insults based on race") for getting GOTCHAed on video slurring about how you love Hitler because the women with "Dirty Jew faces" you are talking to "would be dead," MAYBE YOU SHOULD NOT SHOW UP TO FASHION WEEK IN PEYOS. (Those blue tights are an entirely different sort of crime.)

Also, Oscar de la Renta, it was sweet of you to hire your convicted felon friend, because we are liberals so we know ex-cons need "fresh startsies" or they will never be able to rejoin Society, but now you are in trouble with the Jewishes too.

Hmmm, but is it possible we (and everybody) are wrong? That somehow John Galliano, showing up in hat and peyos, was not intending to don the costume of a religious sect for his own batshit purposes? Or is there, like, a reason or something?

Asked for comment about Galliano’s get-up, spokeswoman Liz Rosenberg said, “Your accusations are not at all correct.”

Rosenberg has apparently been taking communications lessons from the Scientology School of Asserting That A Question Itself Can Be True Or False.