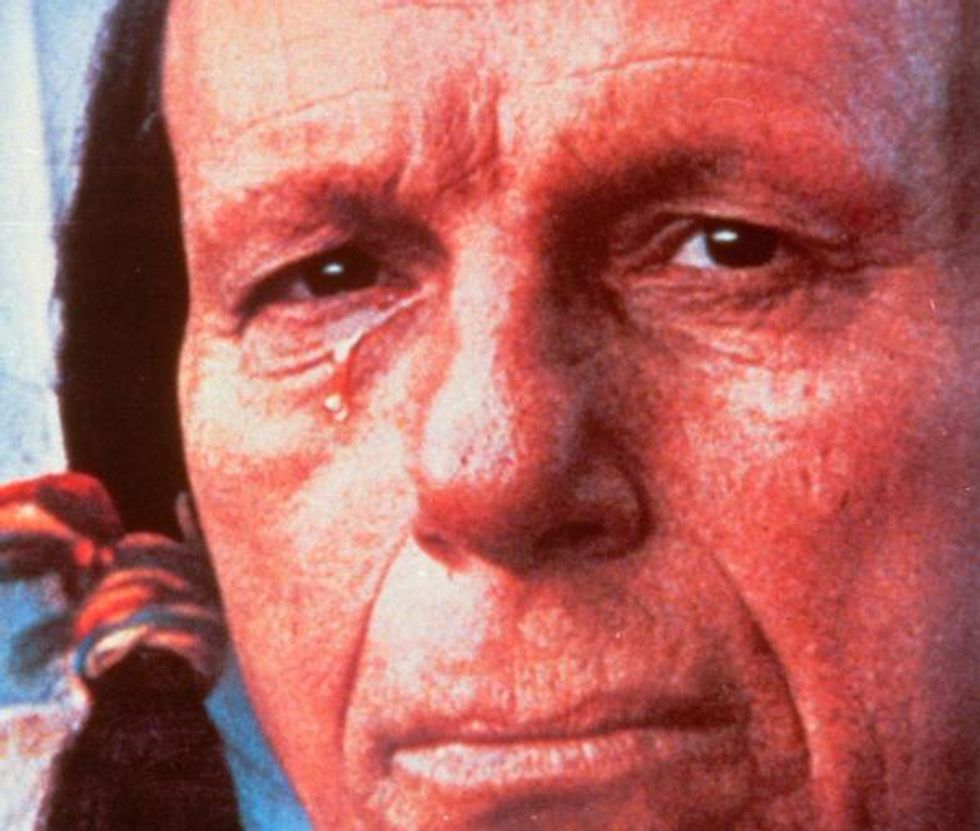 Somewhere in the wilds of New Hampshire, John Kasich (R-And Who Are You Again?) is doing a campaign event, and WaPo's Dave Weigel is tweeting up a storm. Of particular interest is this Deep Thought on the environment:

Glad he clarified that! It seems pretty consistent with his previous firm position on global warming: It's real, but nobody knows whether it's caused by humans, because if that were the case, we might have to do something about it. So let's not.

And now we have another reason not to reduce the output of carbon dioxide and other greenhouse gases because that would turn us into a bunch of dirty pagans! Kasich seems to be allying himself with the wackobird fundamentalists who insist that a little environmentalism is OK -- like, he probably wouldn't want to make Iron Eyes Cody cry by throwing fast food bags at his canoe -- but if you're talking about actually cutting back on emissions, well then you might as well just strip off all your clothes and dance in homage to the great god Pan, and nothing good can come of that.

Kasich certainly knows exactly what he's saying and appears to be appealing to the wing of Christian fundamentalism that has warned for decades that concern for the environment is just one step away from pagan madness, which is also why there's a drought in California; the hippies all started worshiping Gaia and the delta smelt, and that's why God made the rain stop falling. Similarly, back in 2006, rightwing preacher John Hagee warned of the dangerous overlap of environmentalism and pantheism:

So, no, Kasich isn't just coming out of nowhere with this stuff. He's very deliberately playing to a rightwing audience that may have been a little upset by his brief flirtation with suggesting that climate change is real. He knows the secret passwords and wants to make it absolutely clear that God made Earth to pull coal out of, and that we can continue shitting in our nests as much as we want.

At least Weigel's having some fun covering the "moderate" Kasich:

It's good to see that the GOP has so many Idea Men running this year.