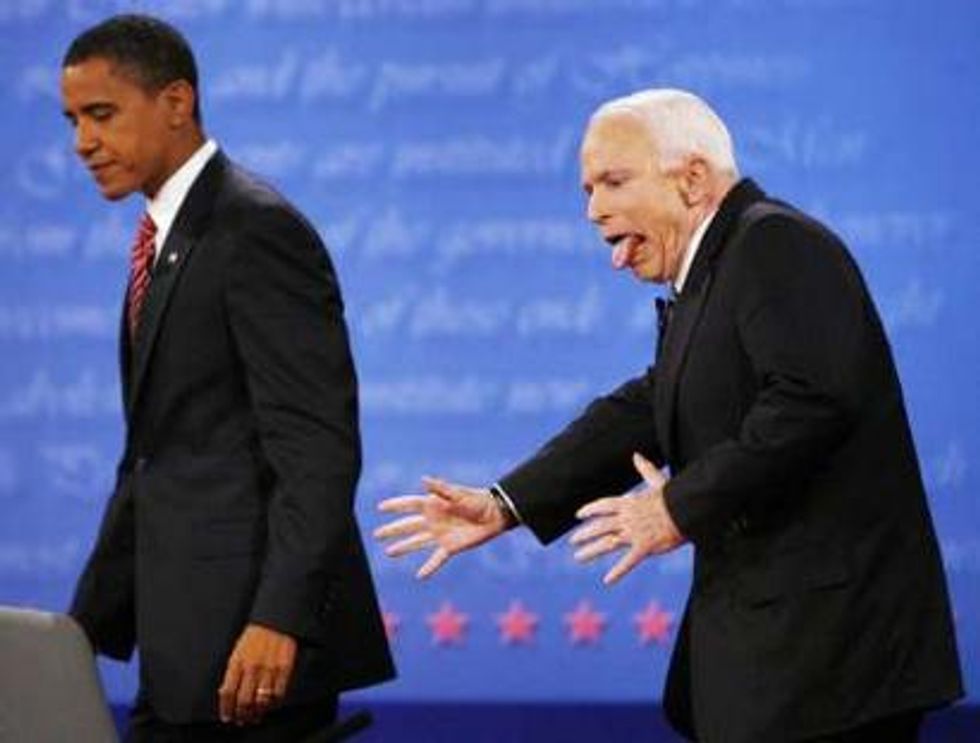 John McCain is very upset with that wimpy Barack Obama for not announcing a new policy of bombing the ever-lovin' bejeezus out of ISIS everywhere, and immediately after thePresident's presser today, the Senator From Constant Seething just couldn't wait to let us know that Obama was Morally Weak:

OK, yes, ISIS is like the Evil League of Evil married the Legion of Doom and they all ate beans together, we got it. And Barack Obama is doing nothing! Except bombing them and building alliances and stuff, but not nearly enough bombing. If only we could have the same Barack Obama back who did such a terrific job of getting us out of Iraq that John McCain had to give the credit to someone else:

Now, could we please just bomb somebody, please?