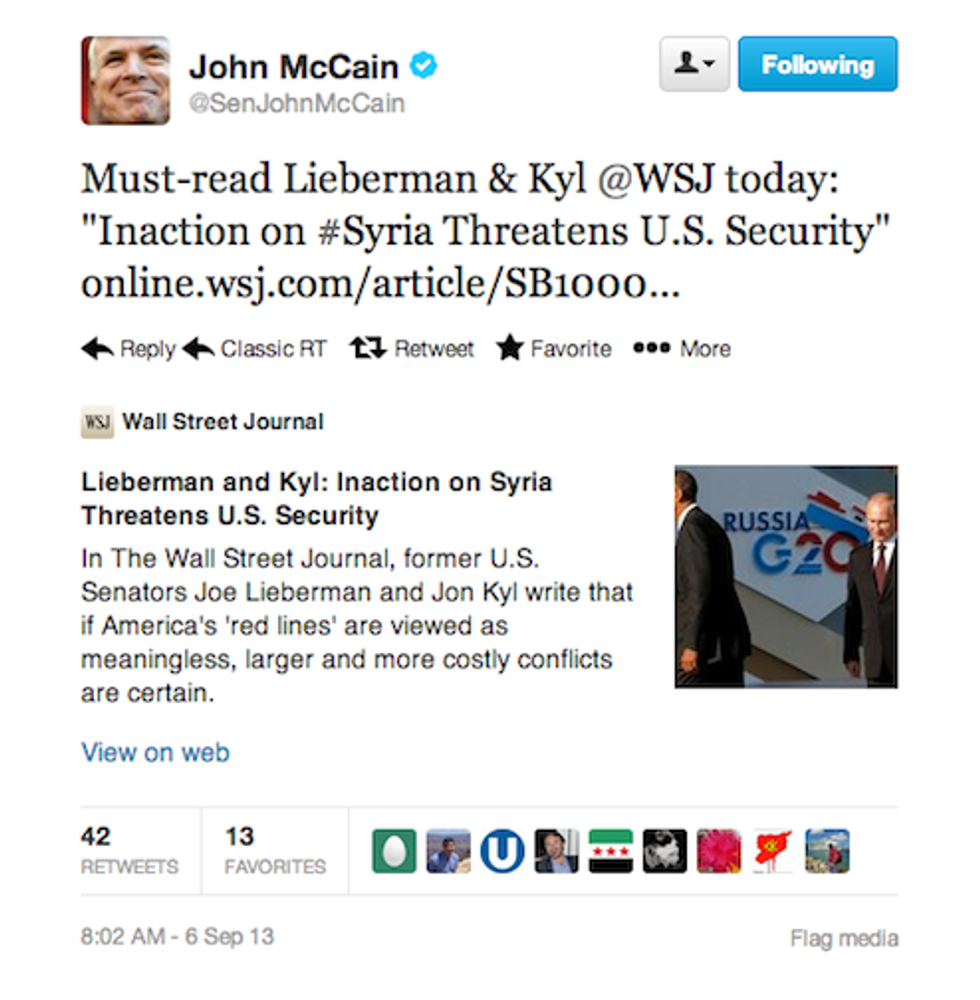 It must be so hard to be John McCain these days, which is excellent news for John McCain because everything is, that is the law. President "That One" is still running around being president, if you can believe it, like some kind of guy who got elected president. And one of Johnny's BFFs, Joe Lieberman, is no longer winking at him from across the Senate aisle and accompanying him on romantic getaways to countries we have bombed or would like to bomb. Don't even get us started on that poker game the other day. The worst!

But now that McCain is thiiiiiiiiis close to getting that war on Syria he's wanted for years, he's in a real pickle. On the one hand, yea! War! The president is going to let him press the red button and bomb all the countries. (McCain has always wanted to bomb all the countries. Also, a pony.) And yet, McCain does not care for that Obama fellow one bit, no sir. Whatever shall he do? Let us don our gas masks and take a trip through the twisted mind that is John McCain to figure out how to end up at YEA WAR! and also IMPEACH! Think it can't be done? Let's see:

And there you have it, America. How to threaten to impeach the very president who is giving you exactly what you want, in a whole bunch of really convoluted steps. Hooray, we did it!