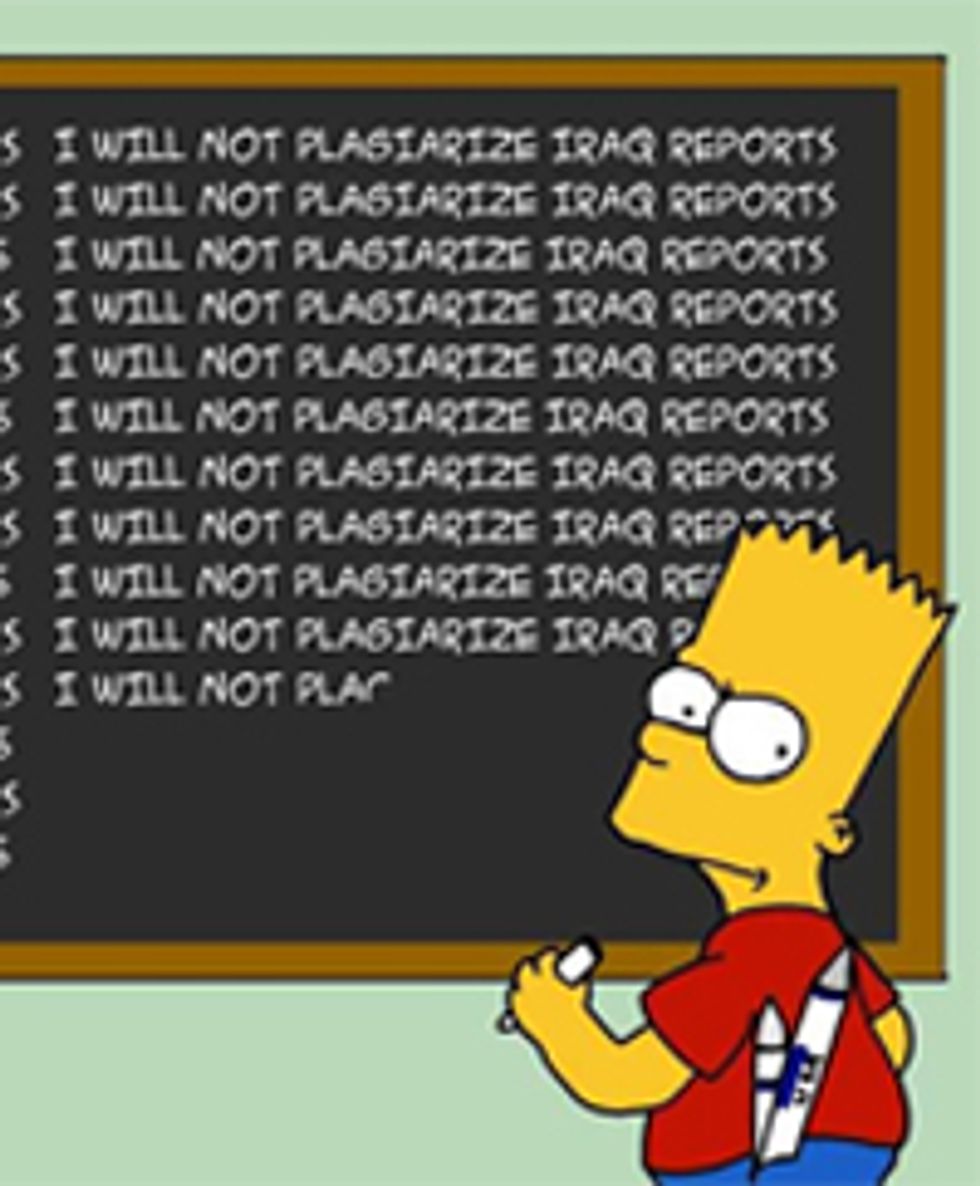 Liberals are very upset with John McCain, again, because it appears he has PLAGIARIZED the famous website Wikipedia in his speech about Georgia and Russia. John McCain is using Wikipedia! That's all we care about and are very happy to learn that he's discovered this completely awesome and accurate website. But as some of those rascally bloggers have discovered, McCain used such words and dates as "in," "of," "economic," and "1922" in much the same sequence that Wikipedia used them in a historical laundry list of facts! It's like he's writing a college history paper's "background" section in the post-2005 era -- by copy-pasting it from any damn website, because who cares.

Look at this poetic, insightful writing from Wikipedia for which silly Juan McCain takes credit! Thank you, Think Progress, for bolding the most egregious errors:

After the Russian Revolution of 1917, Georgia had a brief period of independence as a Democratic Republic (1918-1921), which was terminated by the Red Army invasion of Georgia. Georgia became part of the Soviet Union in 1922 and regained its independence in 1991. Early post-Soviet years was marked by a civil unrest and economic crisis. (Wikipedia)

After a brief period of independence following the Russian revolution, the Red Army forced Georgia to join the Soviet Union in 1922. As the Soviet Union crumbled at the end of the Cold War, Georgia regained its independence in 1991, but its early years were marked by instability, corruption, and economic crises. (McCain)

What kind of idiot thinks he can use the unique phrase "the Soviet Union in 1922" or the archaic term "economic crises" and, somehow, get away with it? If anything, he's damn lucky that people didn't call him out for stealing the term "Cold War" from Wikipedia, too.