John McCain Said Jon Stewart Often 'Absolutely Wrong.' That May Have Been A Bad Idea (Video) 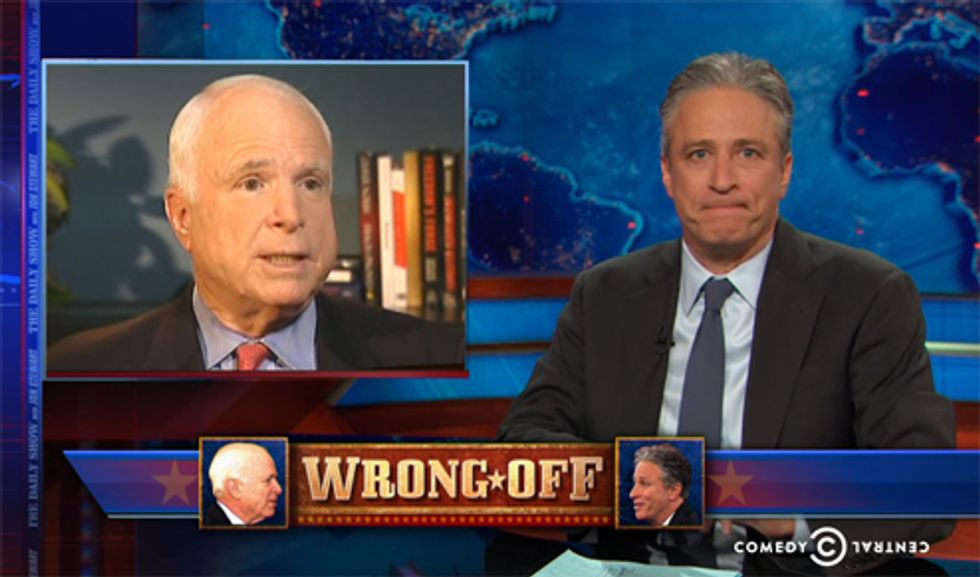 On Fox News recently, John McCain told Howard Kurtz that Jon Stewart was unfair to Republicans, but that it didn't matter because Stewart is merely one of those lying late-night comedians:

“When he says things that are absolutely wrong he gets away with it ... It is what it is. I frankly have no beef with late night comedians who make fun of politicians. That’s the nature of the business.”

Well Jon Stewart will not let this aggression stand, man.

Stewart was not about to take that sitting down, and offered to pit his own record of errors against McCain's: “What do you say, Senator? Care to put your money where your forced smile through jaw-clenching anger is?”

And whoever was wrong most would have to spend "24 straight hours watching the person that he's best known for unleashing on the world":