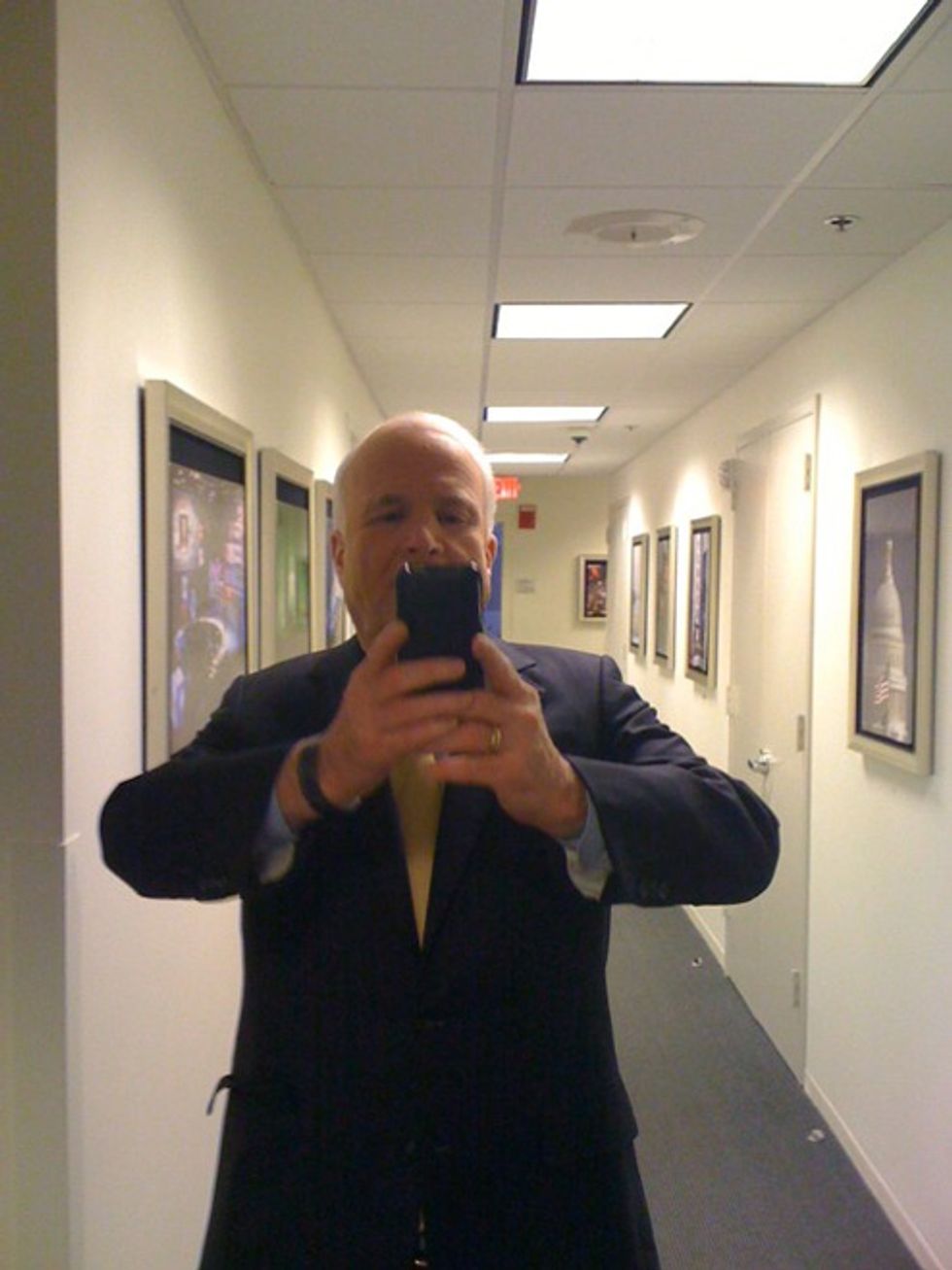 What do we always know about America's myriad unsolved problems? They are the fault of the illegalz. Recently, the illegalz have been trying toburn down all of Arizona with their chronic pyromaniac ruthlessness, according to senior desert wildfire detective Sen. John McCain. Asked by reporters at a press conference, "what's the deal and how will you fix these insane wildfires," he said what all Arizona GOP politicians say when they are too old and senile to actually hear and understand the questions anymore: "IT'S THE BORDER." Old Grunty McWalnuts felt "evidence" was sort of a high standard of proof, so he went with "probably it was these things" like immigrants lighting fires at night to stay warm or send signals. Uh, okay! Aliens would rather start fires in the desert that they usually like to use for walking over from Mexico, because it is fun when it is exponentially more lethal to cross than ever before.

"There is substantial evidence that some of these fires have been caused by people who have crossed our border illegally," McCain, R-Arizona, said Saturday at a press conference. "The answer to that part of the problem is to get a secure border."

The Arizona senator, however, did not say what the evidence is, prompting a swift rebuke from Latino civil rights advocates.

"It's easier to fan the flames of intolerance, especially in Arizona," said Randy Parraz, a civil rights advocate who ran unsuccessfully against McCain as a Democratic candidate in 2010.

Secure the border, and the wildfires will go away forever, just like climate change, unemployment, racism, cancer and Jesus. [CNN]