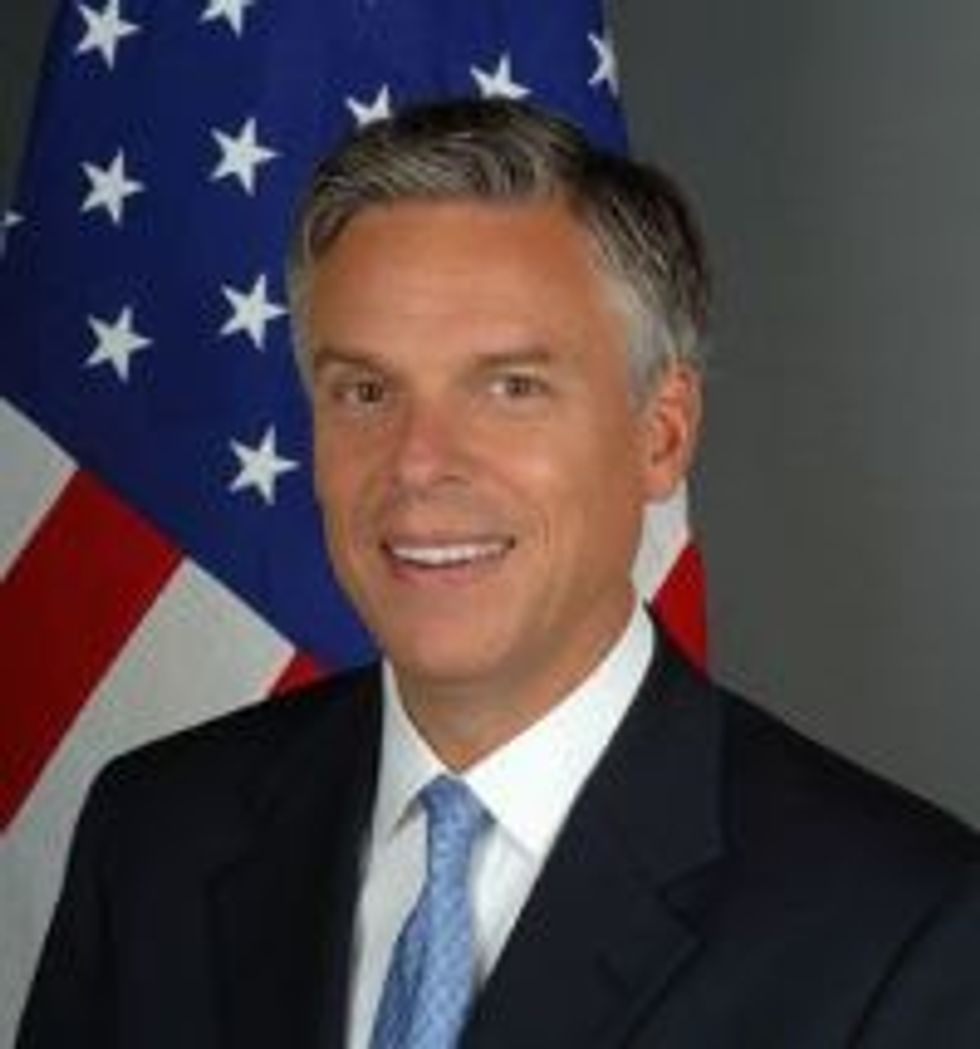 Former Utah governor and current Ambassador to China Jon Huntsman isgoing to run for the Republican nomination for president, just as he always has been, basically. He will wait until this spring, because like every potential GOP presidential candidate, he hates giving the political Internet pageviewz. Huntsman's campaign staff will basically be John McCain people from 2008, and Huntsman will be a similarly moderate alternative to the candidates who eat fried squirrel. How moderate? He currently works for Barack Obama. So it is likely Teabaggers will assassinate him before he can even get to the Iowa caucuses for helping prop up an illegal Kenyan president. Oh, and he's Mormon. So he's just around to make Mitt Romney look good in comparison, we guess?

Let's go to Politico for analysis—

—and then let's stop, because, Jesus Christ, "civility craze"? Is that really how their brains work? Yeah, we guess it is.

At first glance, Romney would appear to be the contender with the most to lose from having another clean-cut, business-friendly former governor with a family fortune, an Ivy League degree and a close connection to the Church of Jesus Christ of Latter-Day Saints in the race.

Yes, OR Romney can tell conservatives he is the good kind of Mormon, the kind who will not betray the party for the black man/eat their children. "But, folks, I may just eat your children you don't nominate me this time," he will say, and he will win because of fear. [Civility Craze Digest]