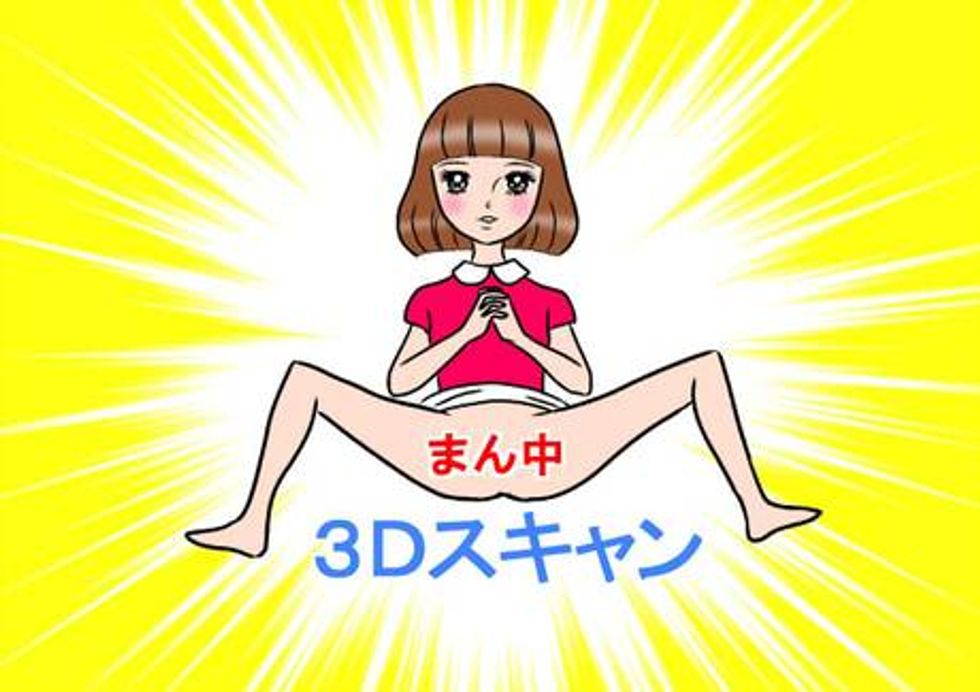 Jon Stewart brings us the story of Megumi Igarashi, a Japanese artist who wasarrested on suspicion of breaking obscenity laws when she tried to sell 3D printouts of her vulva (let's be precise, OK?) to help crowdsource a project to build a kayak built from a much larger 3D printout of her ladygarden.

Kotaku reports that Igarashi, who works under the pseudonym Rokudenashiko, (“good-for-nothing girl” or “n’er-do-well kid"), was arrested after sending copies a digital scan of her pudendum to about 30 supporters as a thank-you gift for contributions to build what she calls a "pussy boat." So she wasn't even sending actual digital models of her ladyparts, but rather the digital file one would use to print a model of her parts -- the bits for her bits. Happily, she has been released, though she remains subject to future prosecution.

On her website, Igarashi explains her motives, which sound like the sort of unreconstructed '70s feminism that would get our wingnuts ranting about totalitarian vaginas:

Why did I start making this kind of art pieces? That was because I had not seen pussy of others and worried too much about mine. I did not know what a pussy should look like at the same time I though mine is just abnormal. Manko, pussy, has been such a taboo in the Japanese society.

Penis, on the other hand, has been used in illustrations and signed as a part of pop culture. But pussy has never been so cute.

Pussy has been thought to be obscene because it’ been overly hidden although it is just a part of women’s body.

It's all a wonderful mix of goofy and serious -- and such a perfect Japan story that Yr Doktor Zoom can only exclaim, "Natsukashii!" Japan is a proud nation with ancient traditions and an entire popular culture that is blessedly insane.