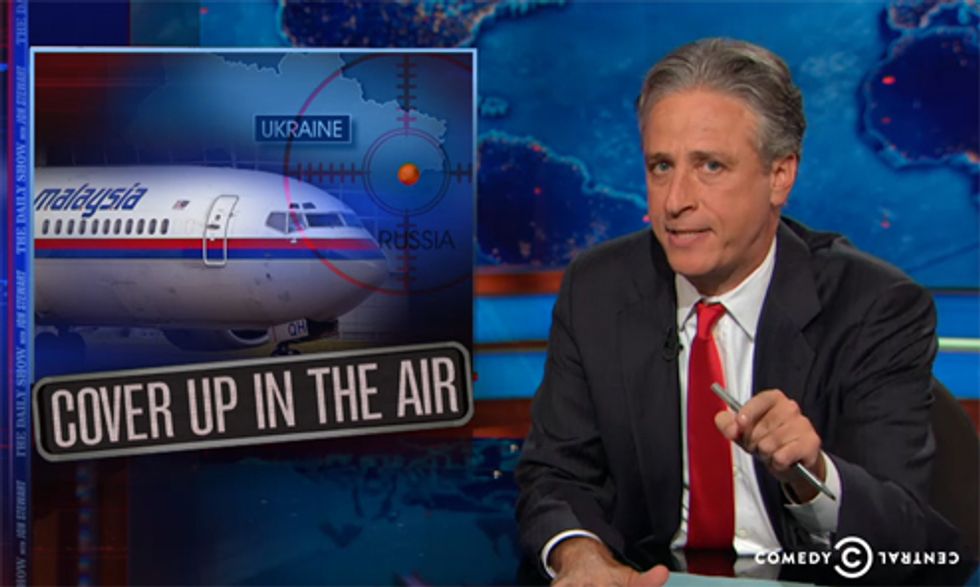 Here's Jon Stewart, giving us both of the plausible scenarios in last week's downing of Malaysia Airlines flight 17: maybe it was shot down by poorly-trained pro-Russian separatists in Ukraine, using surface-to-air missiles provided by Russia. Or there's the other possibility, floated by those Russian separatists: the plane was loaded with corpses and then made to crash, and the government of the Netherlands is merely pretending that a lot of its citizens were killed to make the separatists in Ukraine look bad, because you know how those Dutch are. And just to sum up what a weird world we live in, Malaysia Airlines now routes its flights from Amsterdam to Kuala Lumpur over a less dangerous place: Syria.