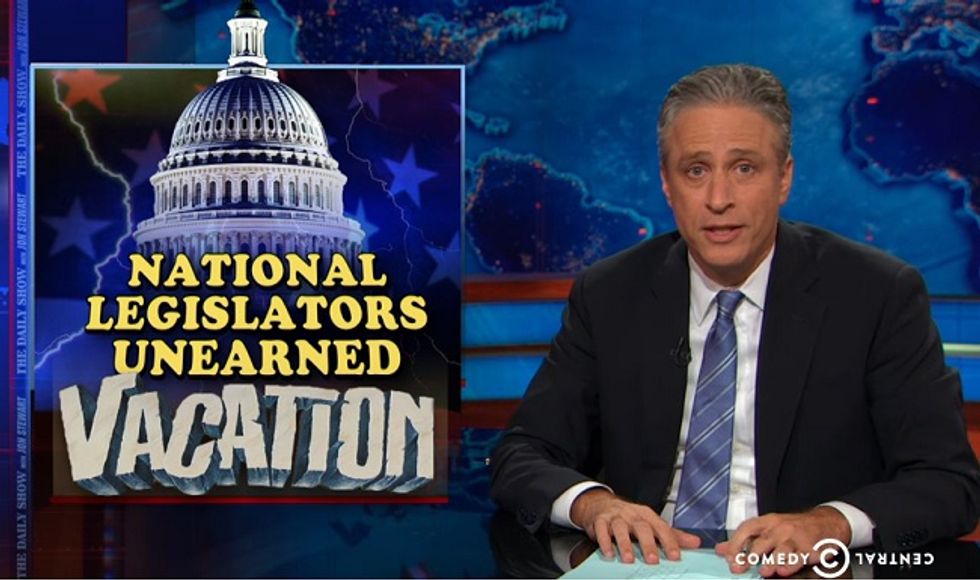 Jon Stewart had some choice words for Congress Thursday, noting that they were heading off to vacation without having accomplished a blessed thing -- and given the Daily Show's taping schedule, the writers didn't even have a chance to include the completefailure of the House's immigration bill. Still, he's not all that surprised that nothing's getting done: this is the U.S. Congress we're talking about after all.

When you guys suck, it is not failure. It is just you living up to our extremely low expectations. Congress is the Sharknado 2 of government. Of course it sucked. It was supposed to suck.

But at least the House got one important bit of business done: It voted to sue the President over delaying a part of a program that they tried over 50 times to kill or delay themselves. But that's OK, because this lawsuit is about Principle, and Tyranny, and stopping a mad, out of control Executive who makes up his own laws. As Stewart rightly points out, “The only way to depose a tyrant is via a civil lawsuit.”