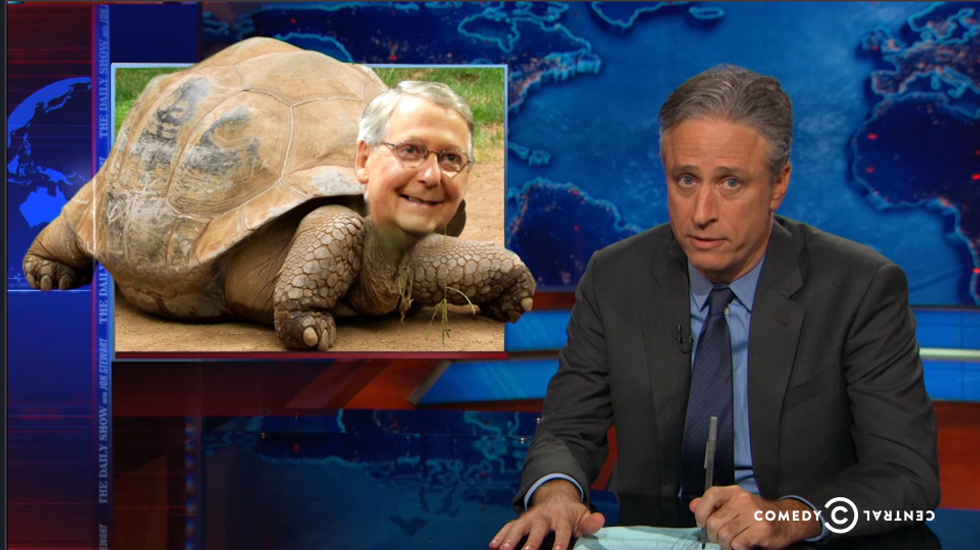 On Thursday's Daily Show, Jon Stewart did that thing he does where he makes us all feel a little bit better about an awful, terrible, no good, very bad week after "the Democrats got taken out back and Old Yeller-ed by the American electorate." And he did that other thing he does where he makes us laugh at the pitiful and trite news coverage of this week's election, with a classic Daily Show montage.

The Democratic Party in in shambles. Lotta soul-searching. Stages of grief. Why is it those phrases are so familiar?

Oh right. I know why those phrases are so in my head. Because they said the exact same ones about the Republican Party when its death warrant was signed in 2012. A mere 24 months, apparently, before it burst forth from its grave like Jesus Christ. Or a zombie, depending on your personal beliefs.

It’s as though every event that happens is viewed by our media singularly, as though it didn’t exist in any previous — oh, Christ, what’s the word we’re looking for? Oh right. Context. It’s the shit you have in your tape library that gives seemingly isolated incidents perspective.

And then, just to really round out our week, Stewart confirmed for the record that "Mitch McConnell is literally, biologically a tortoise. Specifically, a 180-year-old living, breathing giant tortoise."

Watch it. You know you need it.