Jon Stewart Warns ISIS: The Ultimate Terror Lies Ahead, And It Is Bureaucracy (Video) 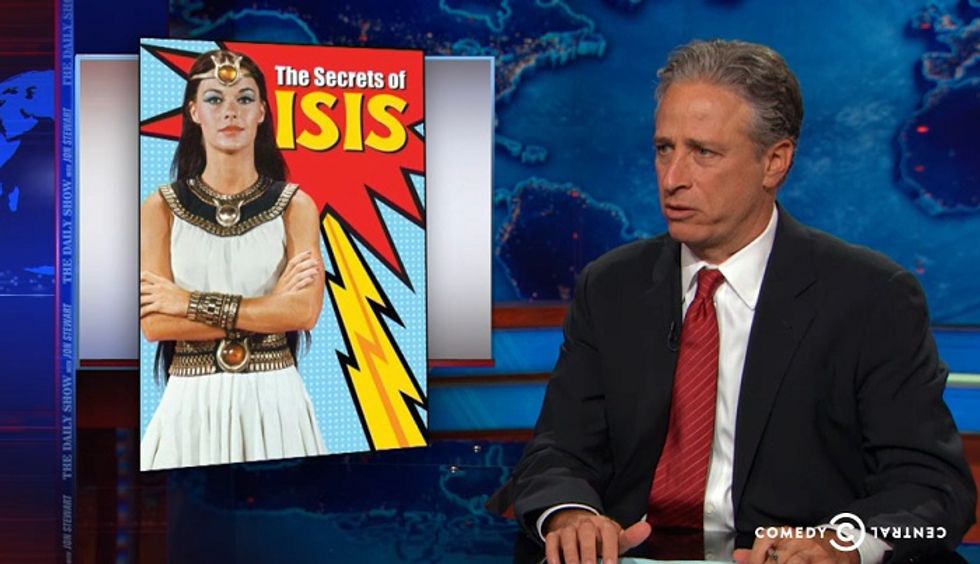 Jon Stewart has this helpful tip for revolutionary Islamist groups: "First rule of Evil: Try not to have your acronym remind people of '70s live action children's television shows." But who are these guys, anyway? If you listen to cable news, they're pure evil, like a cancer, the worst terrorists ever, and UNSTOPPABLE. But what can we do about them? That's a gimme: Airstrikes, which are, Stewart says, America's equivalent of club soda. Something on your shirt? Airstrikes! Terrorist takeover of much of Iraq? You know it. And what else? Wolf Blitzer asks if maybe a secret alliance with Bashar Al Assad might be a good idea, to which Stewart gives the only reasonable reply: "You know, it is shit like this that makes you almost regret us destabilizing the region in the first place." Funny how that worked out, huh?

Ah, but what if ISIS wins? Then they're going to have to deal with all the headaches of actually running a country, and that will be their downfall, because very few radical regimes are any good at paperwork.