Jon Stewart's Got Some Schoolhouse Rock For You Hip Kids (Video) 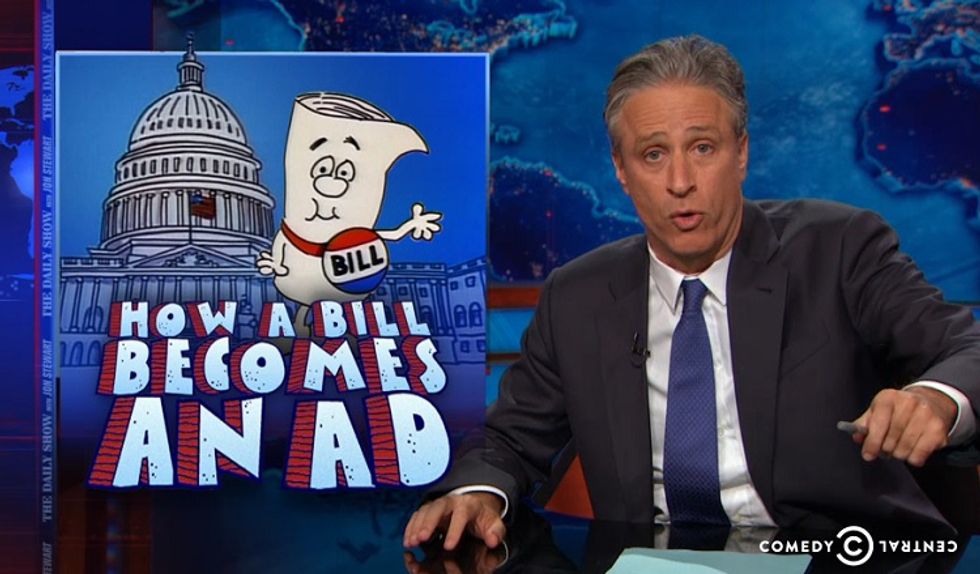 Jon Stewart is on top of all the latest hot issues in the midterms, like the Iowa debate between Senate contenders Joni Ernst and Bruce Braley, where each tried to out-folksy the other. Or the exciting process of introducing doomed legislation largely for the purpose of running on it, or slamming opponents for having voted against it: "Congress has now greatly simplified the process for passing laws, in that it does not."

If there's no chance of getting a law passed, you might as well go ahead and introduce it anyway, because it might just make for a terrific campaign ad. Which explains those 54 House votes to kill Obamacare. At the very least, that means it's time for an update to the old Schoolhouse Rock cartoon. It doesn't end well for poor old Bill.

And while we're at it, how about a bonus clip about the rockstar American reception for Indian Prime Minister Narendra Modi, the world's largest democracy's answer to Ronald Reagan, god help us. It started out flashy and ended up just plain weird, with a Central Park appearance in which Modi offered a traditional American blessing, "May the Force be with you" (really!).