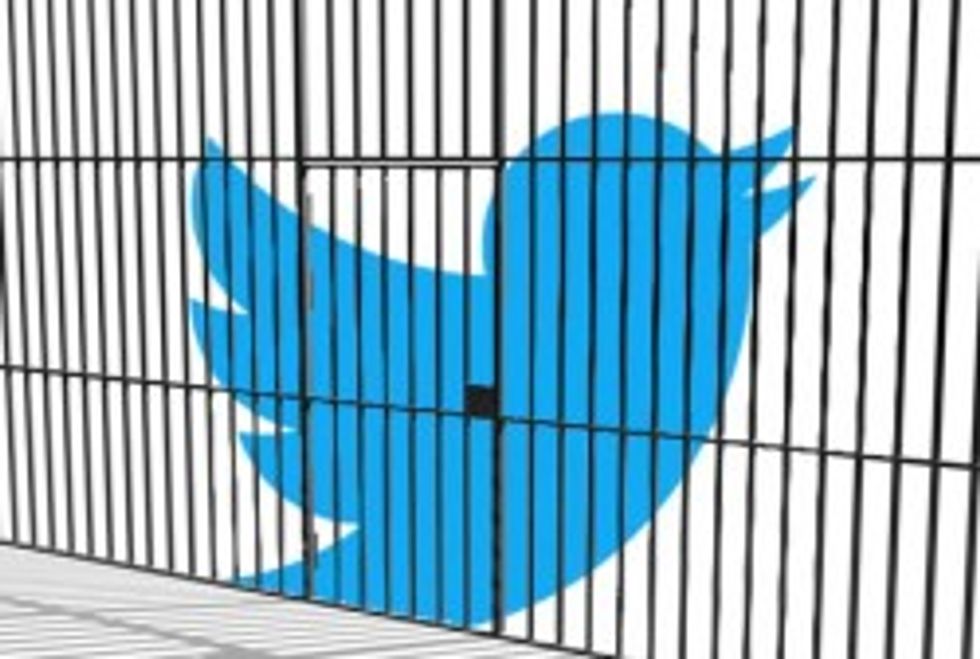 Twitter Inc. has to turn over information about an Occupy Wall Street protester’s posts or face a fine, a judge ruled, giving the company three days to show it isn’t in contempt of court.

New York State Supreme Court Judge Matthew A. Sciarrino Jr. in Manhattan today said Twitter must produce the information by Sept. 14 or provide its earnings statements from the last two quarters so he can decide on a fine….

“I can’t put Twitter or the little blue bird in jail, so the only way to punish is monetarily,” Sciarrino said.

Now, in the spirit of full disclosure, it should be noted that your Wonkette is sympathetic to those commie pinkos in the Occupy movement. It should also be noted that your Wonkette is also pretty fond of the Fourth Amendment. HOWEVER, we are also intrigued by this new precedent wherein we (and by "we" we mean "Incorporated Americans"  just have to give up a little bit of our First Amendment rights (i.e. Speech) if we do not feel like complying with a judge's order to do something, as well as this revelation that Incorporated Americans are just like people, except minus the part where they can be held accountable for anything, because there are now only three available punishments in American courts of law.