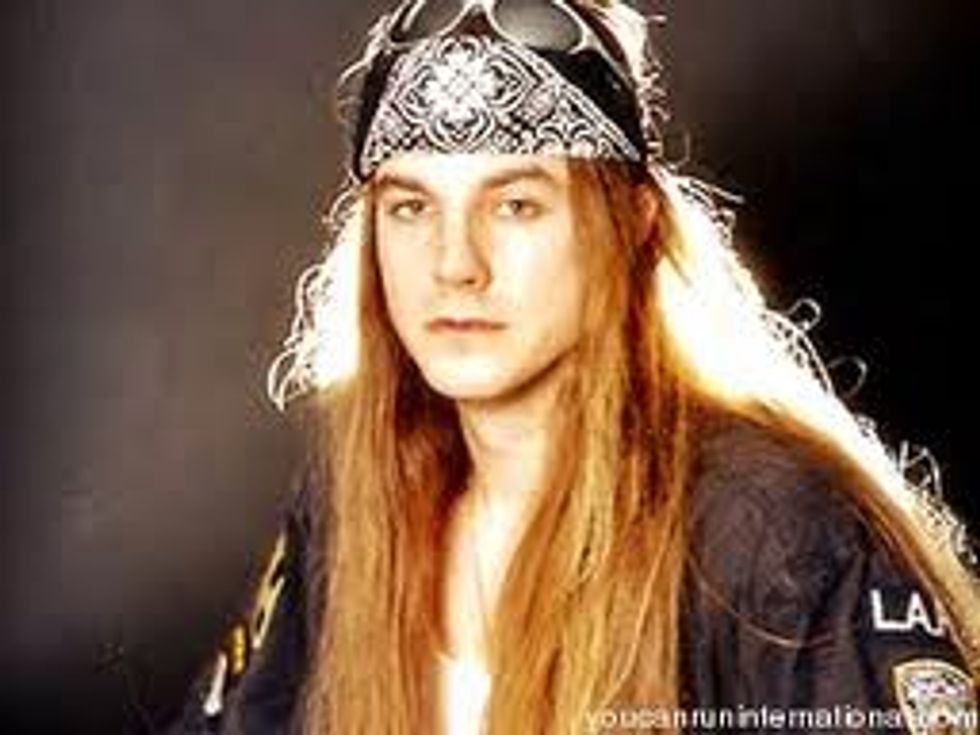 What is the world coming to when you cannot sue known lesbian Rachel Maddow for $50 million for defamation for quoting your own words? And when, in fact, you must payher legal fees (as well as the legal fees of a now defunct paper, the Minnesota Independent) just for suing her for $50 million for defamation for quoting your own words? ATTICA! ATTICA! Anyway, Wonkette's beloved Bradlee Dean, last seen calling girls filthy whores and making them cry at a public school assembly on "bullying" in Dunkerton, Iowa, has not only not won his $50 million defamation suit against Maddow and the Independent, but is on the hook for $24 large.

Dean filed the suit last summer, arguing Maddow and the Independent's Andy Birkey defamed him by taking an excerpt from his radio show out of context. The suit alleged the two journalists unfairly targeted him because they were at odds with Dean's political views, specifically calling Birkey a "secularist and/or atheist and gay activist with a politically left ideology who despises people of faith, including but not limited to the Congresswoman Michele Bachmann."

Let us watch together Maddow's segments on Dean, which he posted for your viewing pleasure.

That is pretty damningly defamatory, how she used his own words and stuff! Especially when you consider his own blog posts about Matthew Shepard and "anti-bullying" being shoved down students' throats. Like this, “Hate Crimes — Bigotry in Reverse.”

Hate Crimes! Hate crimes! The homosexual radicals are trying to push an illegal agenda through hate crimes, not understanding that all crime is motivated by hate. What is this really about? And who’s doing the hating?

This explains the Matthew Shepard distorted “hate crimes” law, which has been exposed by ABC’s 20/20 as having nothing to do with Matthew’s sexual orientation. This also explains the supposed “anti-bullying” policy being shoved down students’ throats in public schools, like it or not.

And here's the fun (public school!) assembly he starred in in Iowa:

“They told my daughter, the girls, that they were going to have mud on their wedding dresses if they weren’t virgins,” said Jennifer Littlefield, a parent upset with the band’s performance. [...]

Littlefield also did not appreciate what she described as gay bashing.

The girls, meanwhile, were told to save themselves for their husbands and assume a submissive role in the household. According to witnesses, the leader in that effort also forced the young ladies to chant a manta of sorts about remaining pure.