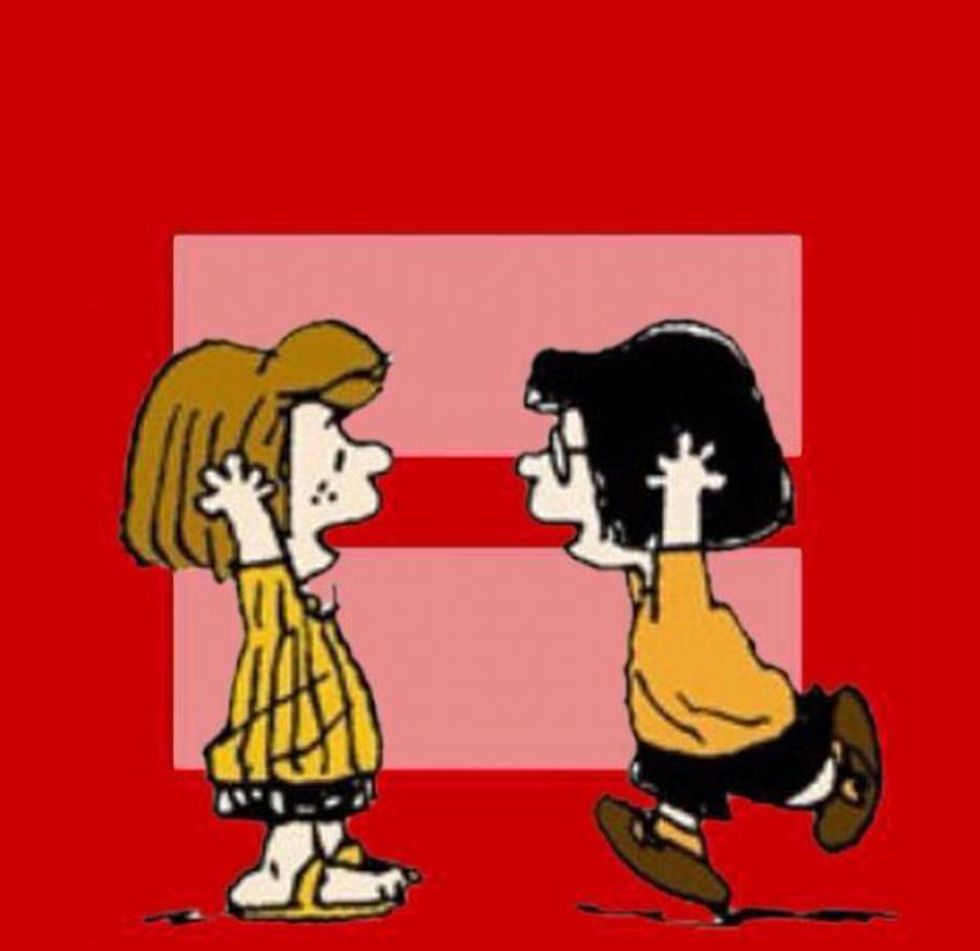 For the easily outraged, the only thing rivaling the “Sanctity of Marriage” is the “Sanctity of Official State Documents.” So the following Nice Time story will provide a respite from perpetual intolerance veiled in bureaucracy.

Maria and Joani Hayman are parents of one-year-old twins. Joani provided her eggs, which were placed in Maria and fertilized with a sperm donor, and now the married women are raising the children together. However, Virigina law disallows parental rights to egg donors, so Joani's name was not allowed on her children’s birth certificates, despite the reasonable expectation that she would perform full parenting functions like many of us other saps with kids.

Yet in October, the Supreme Court decided to explode Ken Cuccinelli’s smug head by declining to hear the Fourth Circuit's appeal of a lower court's ruling that Virginia's ban on recognition of same-sex marriages is unconstitutional. Moving forward, the state would have to allow this violation of the sacred root of marriage, which is of course, pairing offspring together to bind families for the sake of increased wealth and mutual security.

Prior to the Supreme Court's refusal to hear the state's appeal, the Haymans ran into many roadblocks just trying to be that loving two-parent household conservatives are always harping about (just not those two parents). So the Haymans' intrepid attorney used the unconstitutionality of the state ban to petition the court to place Joani's name on her children's birth certificates.

Among other reasonable arguments, the Haymans noted that under state law, dudes are able to establish paternity through DNA, so hey, why can't Joani establish maternity, since she donated the eggs? Very reasonable indeed. And certainly it matters that Joani has been acting as a parent since her kids were born, right? It's so reasonable, you'd expect the Virginia court to disagree! And yet:

But after an 18-month game of wait-and-see as the issue of gay marriage was being settled in Virginia, Richmond Judge Designate T.J. Markow last month ordered the Office of Vital Records in the Virginia Department of Health to amend the birth certificates to show Maria and Joani as the “only parents of the children.”

And that's the new Nice Time precedent, folks! What's hard to drill into the skulls of some people is that these cases aren't about provocatively shoving same-sex relationships in bigots' faces, although for the record, I totally support that too. It’s about being able to act a parent and make important parent-like parenting decisions, such as being allowed to act as a parent in the event your child is admitted to an emergency room. For example.

Of course the sobering part of the story is not the legal hoops the Haymans had to jump through so Joani can possess her deserved legal rights. It's that, like many "non-traditional" families (ugh, can we come up with another term to use?), some parents won't let their kids play with the Hayman twins when they find out the kids have two mommies. Because God forbid they'll have to have those tough conversations with their children about what happens when two people love each other very much.