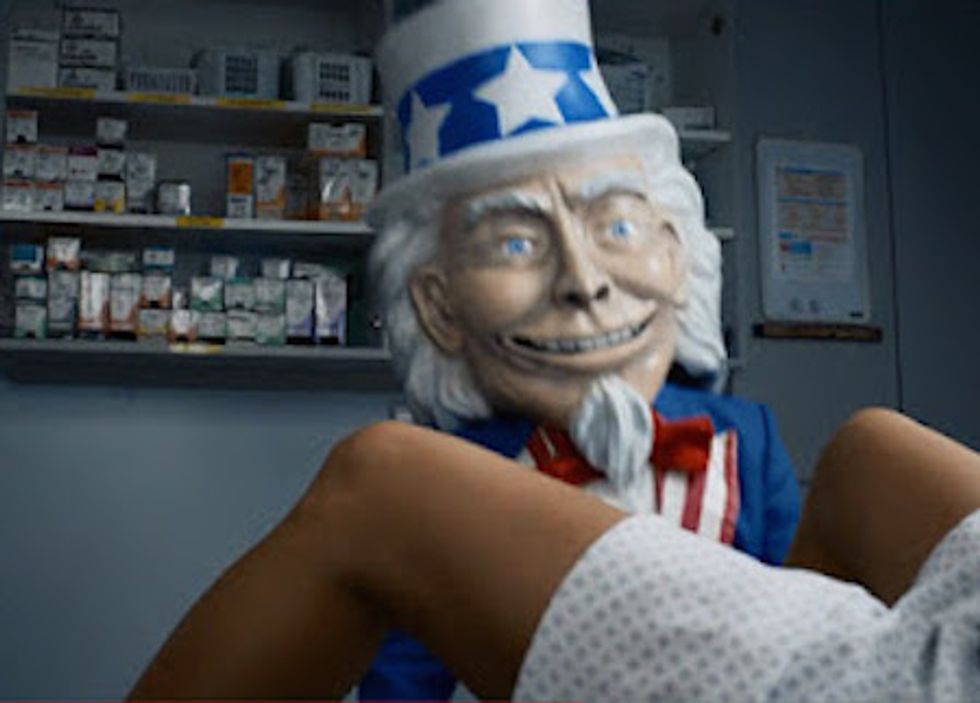 There's aggressive lawyering, and there's being an asshole. When it comes to pregnant girls in ICE custody, the Jeff Sessions Justice Department is being a royal asshole.

We're now in the second round of litigation to establish the right of pregnant minors in ICE custody to access abortion care. Again, the Federal District Court in DC has ordered the government to stop playing politics with these girls' lives and let them access care. And once again, the DOJ is furiously trying to disappear the cases so they won't have precedential value. If every case is mooted or withdrawn, then every girl who wants to access abortion will have to fight it out in court. And if they wait long enough, maybe ICE will get a Trump judge who'll rule in their favor, or at least allow them to drag out the process until the girls are too far along to access legal abortions.

This month's cases involve two girls, known as Jane Poe and Jane Roe. Poe is a 17-year-old who is already 22 weeks along. DOJ argued that Poe had wavered in her decision to have an abortion, and because she is being held in a state with no requirement that the girl go before a judge to "prove" that she is mature enough to make her own decision, the government has a right to decide for her. But yesterday, for reasons not totally clear, it withdrew its appeal to the DC Circuit Court's order to allow the girl to obtain an abortion. Presumably, Jane Poe got the care she needed yesterday. Now the DOJ is working to seal the record, depriving Janes Boe, Coe, Foe and Goe of the ability to cite a ruling that tells ICE to let these girls access abortion care as required by law.

The case of Jane Roe is even weirder. Roe says she is 17 years old, but yesterday ICE claimed to have located a birth certificate in her home country proving that she is 19. The government immediately transferred her to an adult facility, released her on her own recognizance, and moved to have the lower court ruling in Roe's favor mooted. Roe can now access an abortion, but will lose whatever immigration protections she had as a minor.

Roe continues to insist that she is actually 17. Now, we have no idea how old this girl is. But we're not inclined to give ICE the benefit of the doubt here. Last month, the DC Circuit Court ordered ICE to allow Jane Doe, a pregnant teenager in immigration detention, to get an abortion immediately. When the ACLU managed to schedule the procedure before the DOJ could file an appeal, the DOJ lost its shit and accused the ACLU of unethical conduct. The Justice Department petitioned the Supreme Court to sanction the ACLU lawyers and vacate the lower court ruling, depriving future plaintiffs of the precedential ruling, which is not at all normal. So you can color us skeptical that the DOJ just happened to find a magic bullet to disappear Jane Roe's abortion lawsuit AND ruin her immigration case. We're just saying, it's mighty convenient.

The ACLU is currently suing in DC District Court to gain class action status for the pregnant teenagers in ICE custody. This would allow rulings to be broadly applicable to all the girls harmed because the Trump administration put anti-abortion zealot Scott Lloyd in charge of the Office of Refugee Resettlement. Scott likes to personally minister to the girls so they'll know that he really wants them to have their babies. Preferably after he puts them on a bus and ships them off to Tijuana. BECAUSE HE CARES.

Please give us money for salaries, servers, and splainers! Everything is on fire all the time!