Just One Word: Insects! And More In Your Wonket Sci-Blog! 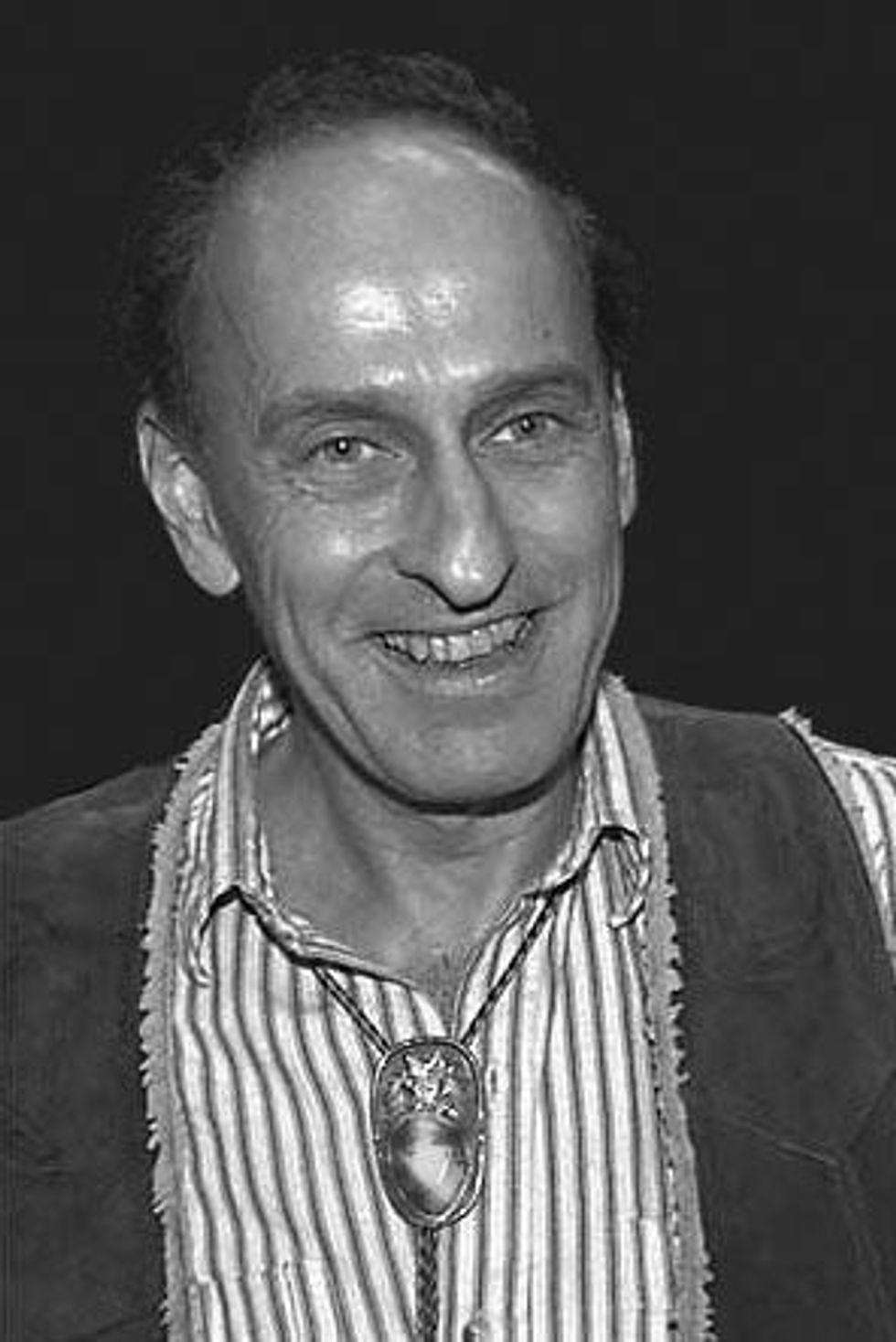 Welcome, Wonkeratti, to yet another weird & unsettling Wonkette Sci-Blog. Take off your pants and come on in!

Mr. McGuire: I just want to say one word to you. Just one word.

Mr. McGuire: Are you listening?

Benjamin: Yes, I am.

Mr. McGuire was onto something. If Benjamin had played his cards right, he might have been captain of a global industry worth billions, whose products touch the lives of every person on the planet.

Plastics, inert moldable organic solids composed of carbon chain polymer molecular structures, are very useful. Humans were enjoying sports balls made from the organic polymer we call rubber in Central America around 1600 BC. People employed other organic polymers -- egg and blood proteins, and cellulose from plants -- to craft useful and artistic materials through the 1800s. Modern organic chemistry really set the industry in motion, with the synthesis of the first truly synthetic plastic material in 1907, Bakelite. This tough thermosetting plastic came into widespread and indispensable use in the electronics and automotive industries. Polyethylene, Polystyrene and PVC were all developed in the 1930s by brilliant chemical engineers and have become indispensable staples of our modern economy. The petrochemical based synthetic materials industry really hit its stride from the late 1930s to the present, driven by the technological competition of two World Wars and the Cold War. This industry has created thousands of unique materials, never before seen on Earth. To date, there are seven common types of industrially produced petrochemical based plastics, with well over 8000 variants being produced now.

Plastics, in all its varied forms, has displaced many traditional craft materials -- wood, horn, bone and stone -- producing items such as combs, tool handles and billiard balls in great numbers, more cheaply and with less harvesting pressure on animals and trees. PVC and Nylon have replaced lead, iron and copper in most new home plumbing applications. Synthetic plastics are in our clothes, furniture, appliances, workplaces and automobiles. High technology plastics wrap our foods, form vests that protect our soldiers, and have taken us to the Moon and to the bottom of the ocean. Specialized plastics developed for the medical industry have saved thousands of lives and hospitals could not function without them. This class of engineered material is truly the indispensable building block of our society. By one estimate, the world will need 297 million tons of plastic by 2015. Modern plastics have made the mass production and distribution of cheap consumer goods possible on a scale scarcely imaginable before the plastics industry came of age. It all sounds like a cheery American Plastics Council TV spot, doesn't it? Yes well, for all the marvels of modern plastic, there's a catch and it's a big one.

Plastic is inert. It's a class of compounds that's specifically designed to be stable and this makes them "biologically unavailable." The carefully crafted chemical bonds that give the various types their form and special characteristics are strong and degrade very slowly - some estimate in the hundreds of years. Since these materials are so stable, nothing can eat them and so all of the plastic ever made still exists today.

Since the 1950s an estimated one billion tons of plastic have been discarded, much of that ending up in our seas. Plastic debris has been found on every beach on earth and almost everywhere else: from the last base camp on Mount Everest to the depths of the Marianas Trench under the Indian Ocean.

Unlike almost all other organic materials, plastic doesn't decay into its constituents, it breaks down (photodegrades) into smaller and smaller pieces. These tiny bits of plastic, along with bottle caps, lighters, and other small items, look a lot like food items to animals that have adapted over thousands of years to an environment that had no plastics. In the 1960s plastic refuse began to be found in the stomachs of pelagic seabirds and migratory fish and it's become much more common today. Much of this floating debris ends up concentrated in one of the 5 oceanic gyres, like what's been termed the Greater Pacific Garbage Patch by the Media and its discoverer, Captain Charles Moore.

Most of the time, we never see the side effects of our industrialized consumer culture. Especially if those effects are most felt on one of the most remote islands on Earth, Midway_Atoll. By all rights, it should be a Paradise far away from human civilization and a great place for a breeding colony of the globe trotting seabird Laysan Albatross. Unfortunately, it's also located near the top of the "Greater pacific Garbage patch" with all its attendant floating plastics. In fact, the Albatross colony was very successful until the adults began dutifully jamming plastic into their chicks. Now there's a 1/3 mortality rate -- on top of the natural attrition -- that's exclusively due to plastic.

Photographer Chris Jordan has mounted several expeditions to Midway Atoll and is working on a documentary that bears witness to the devastating effects marine plastics have had on these birds. The film's trailer, called simply MIDWAY, is here. It's heartbreaking and infuriating and may well change the way you feel about bottle caps forever.

We should be making the transition to biodegradable plastics at some point, as recycling is very inefficient, expensive and most of the plastics end up landfilled anyway (China is putting import restrictions on recycling plastics now since they have too much of the stuff). Hopefully, it won't be too late.

Yesterday there was an Annular Eclipse of the Sun that produced a spectacular Ring of Fire for a moment, visible in Australia. If you weren't lucky enough to see it in person, Space.com has the photos!

Here is what happens when you look at the sky for a very very long time (with the right tools). TheKarl G. Jansky Very large Array peered at the same small arc of sky for 50 hours and found a deeply detailed picture of the early Universe.This located many radio emission sources to galactic black holes that had previously been thought to be background radiation.

Now, Texas will have the honor of hosting these horrible Giant African Snails just like Florida! One of these invasive pests was spotted in a garden in Texas, but it got away (!) Must have been one of the faster ones. I have to admit that I do have several recipes for these, but I won't be posting them. They are carriers for the parasitic nematode Angiostrongylus_cantonensis, wich causes a lovely little brain affliction known as "rat lungworm." I'm open to sending the recipes to Ted Nugent, however. I figure he should have a fine time shooting these and his brain won't notice the extra parasite burden.

Finally, something you can eat with impunity! The Mid-Atlantic emergence of Brood II of Magicicada is almost upon us, where millions of cicadas per acre, according to some estimates are due. Well, the birds and your cat just can't eat them all now, can they -- so somebody's got to pick up the slack. Here is your Cicada Recipe of the Week, complements of Jenna Jadin and the University of Maryland Cicadamaniacs:

8 ears fresh corn, broken in half

1. In an 8-quart pot, bring Old Bay, salt, water and beer to a boil. Add potatoes and onions; cook over high heat for 8 minutes.

Some people who are 45 and older,  just don't feel like they used to. Are you one of them? Remember when you had more energy for fun, more passion, more get-up-and-go? Does it take longer to fall asleep, wake up, do things without aching knees, joints and back? Does your digestion act up at embarrassing times?

Your brain works just fine, but your body just feels like it's falling apart. Well, we have got the cure for you!

Here at the Utility Medulla Research Kitchen, a simple operation will rid you permanently of that aching, worn out old body. We'll have your fine healthy pink brain out in a jiffy and comfortably settled in its own 5 gallon nutrient filled condo, along with hundreds of your friends and neighbors. Don't wait to retire in a village full of grouchy old folks when you can live forever in a Multiple Node Organic Parallel Processor totally pain free.

This technique not approved by the USDA, AMA, Underwriter's laboratories, DARPA and the United Nations. A few people have reported side effects. Horrible, grotesque side effects you really don't want to know about.