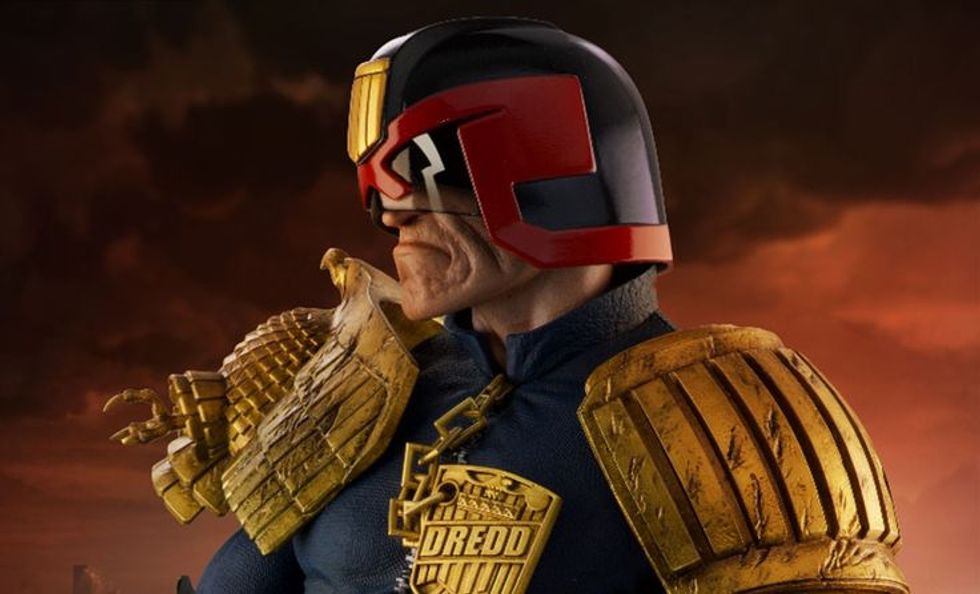 In the New Cruelty's latest fresh new look for spring, the Justice Department announced it will "temporarily" suspend a program that allows people facing deportation by ICE to get legal help. For a perfectly legitimate reason: DOJ needs to audit the program to make sure it's cost-effective.

Yes, that's the same Department of Justice that's demanding a citizenship question on the Census so DOJ can better comply with the Voting Rights Act, which is a huge priority for this administration. Don't believe a goddamn thing these people say.

DOJ contacted the nonprofit Vera Institute of Justice to advise them of the freeze, starting this month, of Vera's Legal Orientation Program, which held information sessions last year for about 53,000 immigrants in over a dozen states. DOJ will also be conducting an "evaluation" of the Vera Institute's "help desk" program, which provides legal tips -- but not actual representation -- to immigrants who aren't in detention but are facing deportation proceedings in in Miami, New York, Chicago, San Antonio, and Los Angeles immigration courts.

The "Executive Office for Immigration Review," which manages DOJ's immigration courts (those special courts that are totally separate from the regular court system), said the program had to be shut down and evaluated right away, since there hadn't been an audit in six years. Lucky thing no one can see whether they're snickering behind the Stormtrooper masks. Even the unidentified insider in WaPo's story sounds like a sleazy bastard here:

An immigration court official, who spoke on the condition of anonymity because the audit has not been formally announced, said the review will examine the cost-effectiveness of the federally funded programs and whether they duplicate efforts within the court system. He noted, for example, that immigration judges are already required to inform immigrants of their rights before a hearing, including their right to find a lawyer at their own expense.

Well, gosh, if judges say "you can get a lawyer, oops too late, get on the bus NOW!" then what's the point of letting some nonprofit group educate people before they're disappeared back to face gang violence in El Salvador? And unlike criminal courts, immigration courts provide no right to a state-paid attorney, since deportation is a civil matter. With very uncivil processes.

Needless to say, some wimpy granola-eaters have to go and act as if efforts to expedite deportations are some kind of big deal:

“This is a blatant attempt by the administration to strip detained immigrants of even the pretense of due-process rights,” said Mary Meg McCarthy, executive director of the National Immigrant Justice Center, one of the organizations that offers the legal services with Vera.

In a statement, the Vera Institute said a 2012 study by the Justice Department concluded that the program was “a cost-effective and efficient way to promote due process” that saved the government nearly $18 million over one year.

Silly immigrant-huggers! Don't you know that a scrupulous concern for due process is only a concern for rightwing commentators on Fox News who are discussing the raid on Michael Cohen's office?

An as-yet-unredacted page on the DOJ website says the Legal Orientation Program is supposed to be good, somehow:

Experience has shown that the LOP has had positive effects on the immigration court process: detained individuals make wiser, more informed, decisions and are more likely to obtain representation; non-profit organizations reach a wider audience of people with minimal resources; and, cases are more likely to be completed faster, resulting in fewer court hearings and less time spent in detention.

Yeah, nothing in there speeds up the process. We're sure they'll fix that soon, just like the EPA made climate change vanish.

The DOJ is hellbent on steamrollering past a bunch of do-gooders' boring worries about detained immigrants' "rights," you see, because it wants to cut back its backlog of immigration cases -- currently 650,000 cases -- by at least half before 2020, particularly since the Good-Times Deportation Fiesta may not last forever. In addition to ensuring that the Legal Orientation Program is cost-effective, Attorney General Jeff Sessions (vomit be upon him) announced last week that immigration judges would have to meet "production quotas" so they won't dawdle in getting people out of the country. The installation of large south-facing cannon or trebuchets outside courthouses -- big enough to fling one adult or two children hundreds of miles -- is another option being studied.

And just how much of a time and money waster is the Legal Orientation Program?

lawyers and others hold hour-long group information sessions with detainees to explain their rights, how the court process works and their possible defenses to deportation in federal law, such as seeking asylum if they are in fear for their lives. They also meet with detainees individually and refer detainees to free or low-cost lawyers, but do not represent them in court.

An hour per group? Jesus, next they'll be insisting immigrants should have free lawyers or something. Maybe if the trebuchets could be built a little larger...