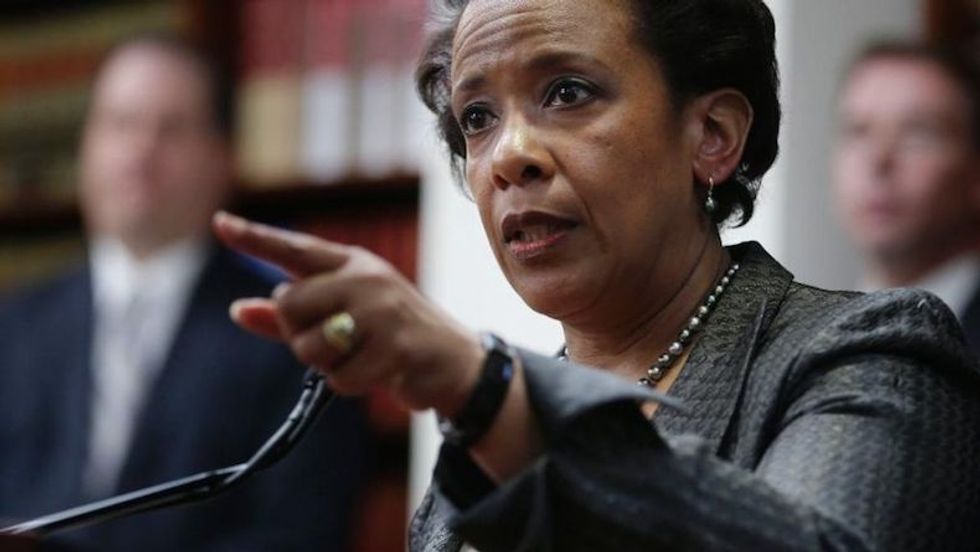 Our new (finally) Attorney General Loretta Lynch has been on the job for all of five seconds, but she's already making it clear she will carry out Eric Holder's secret plan to reverse-racism race war America. Lynch announced on Friday that the Department of Justice's Civil Rights Division is opening an investigation into the Baltimore Police Department, because Mayor Stephanie Rawlings-Blake asked her to (or maybe the secret race war thing):

Yes, innocent until proven guilty, yadda yadda, but we have reason to believe something might be wrong, and amiss, in the Baltimore Police Department. Even before those cops allegedly murdered Freddie Gray by forcing him to sever his own spine, the police department had an eyebrow-raising record of beating the crap out of Baltimore citizens who just happen to be black a lot of the time, COINCIDENTALLY. Like grandmas and church deacons and kids riding bikes. That kind of criminal element.

Which is why, as the Baltimore Sun revealed, the city has coughed up $5.7 million in the last four years, to "more than 100 people [who] have won court judgments or settlements related to allegations of brutality and civil rights violations."

So yeah. We can see why AG Lynch thinks it's a good idea to look into that -- not only to create racial tension where there is none, which is the top Obama administration priority, obviously, but because it turns out that when the federal government abuses its power and sticks its nose into police departments' hinky civil rights-violating racist bidness, it can actually improve things, as Lynch explained during her press conference:

[W]e have seen from our work in jurisdictions across the country that communities that have gone through this process are experiencing improved policing practices and increased trust between the police and the community.

If police departments can learn how to not kill black people all willy nilly all the time, or beat the crap out of grandmas, that seems like a worthy cause, even if the DOJ's time would be better spent investigating the Clintons.

On the other hand, before AG Lynch goes charging into Baltimore, at the city's request, to try to figure out how all these people keep turning up beaten, paralyzed, or dead while in the custody of the police, she might consider following some of the brilliant suggestions from the nation's Very Concerned Conservatives -- like more dogs, more guns, more dads, more Jesus, more straight marriage, and no food stamps or gays -- to fix Baltimore. 'Cuz that stuff might work just as well.