Justice Department To Judges: No 'Sympathy' For The Devil (Immigrant Children) 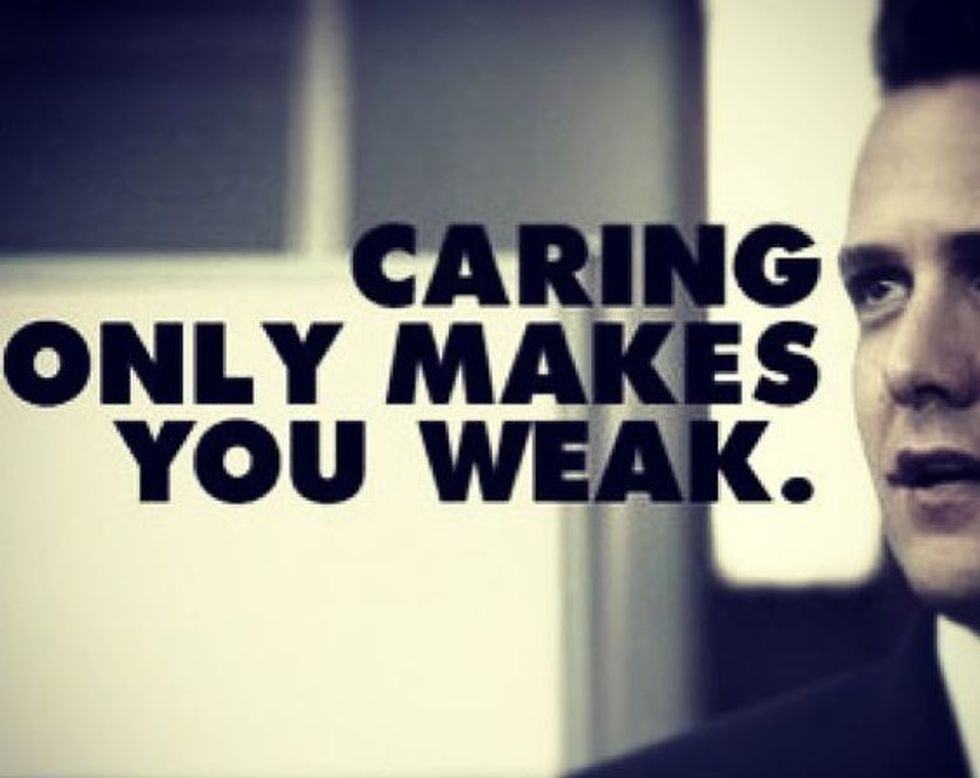 The New Cruelty continues its juggernaut through every facet of government operations, as reflected in a brand new set of guidelines for immigration judges from the Justice Department. The December 20 document was posted to the DOJ website without any press release or other announcement, because why would you call attention to it? Reuters noticed it takes a considerably meaner approach than the 2007 guidelines it replaces. Yup, Donald Trump isn't just erasing Barack Obama's policies; now he's going after that immigration squish George W. Bush.

The memo from the Executive Office for Immigration Review (EOIR) reflects the Trump administration's priorities of trying to limit the chances that child immigrants will get away with asylum claims, which are almost always phony, don't you know. It eliminates the previous document's two-page attachment on techniques for "child-sensitive questioning," leaving only a paragraph with that heading. And even that paragraph is much harsher. The 2007 memo said

Although the Immigration Court process is adversarial, judges should ask and encourage the parties to phrase questions in age-appropriate language and tone.

The new version gets rid of that "although" and emphasizes the need to challenge the little liars:

The immigration court process is adversarial. Due process and fundamental fairness require that testimony by a juvenile witness, like that of any other witness, be subject to cross-examination, particularly if the testimony is speculative, vague, or contains indicia of inappropriate coaching.

Then we get the line about age-appropriate language and tone, and a reminder that "Abusive questioning should not be tolerated under any circumstances," which is awfully generous if you ask us.

Even small matters have shifted from child-friendly to deportation-friendly:

In cases where children are called to testify, the old guidance instructed judges to “seek to limit the amount of time the child is on the stand.” The new guidance says that judges should “consider” limiting the child’s time on the stand “without compromising due process for the opposing party,” which is generally a government prosecutor.

The new memo encourages judges not to be swayed by the mere fact that a child -- or as the document often prefers, an "unmarried individual under the age of 18" may seem to make some "sympathetic allegations," because sympathy is not a judge's job. The document urges particular caution in the case of those with unaccompanied alien child (UAC) status, who might not really be unaccompanied anymore by the time their case gets a hearing, if one of their (probably also illegal!!!) relatives is taking care of the kid. Plus, these kids know how to game the system, the memo warns:

Moreover, because a UAC generally receives more favorable treatment under the law than other categories of illegal aliens, there is an incentive to misrepresent accompaniment status or age in order to attempt to qualify for the benefits associated with UAC status.

The previous version of the memo didn't include any warnings to be on the lookout for "waste, fraud, abuse, and corruption"; the new one reminds judges that they need to be vigilant, "particularly regarding applications for benefits, relief, or protection in removal proceedings," because they have to uphold their sacred "ethical duty to the United States government and its citizens" not to let any of these dangerous aliens get away with a fake asylum claim.

So far, the memo isn't winning too many fans in the National Association of Immigration Judges, the union representing immigration judges.

Dana Marks, a sitting judge and spokeswoman for the union, said the “overall tone” of the memo “is very distressing and concerning to immigration judges.”

But the revised guidelines are a hit with the Center for Immigration Studies, the anti-immigration organization that the SPLC says is a hate group. Andrew Arthur, a former judge who now works in the cause of making America whiter, said the new rules were necessary because the old guidelines kept harping on whether some illegal immigrant kid even knew what was being done to her in a courtroom:

In their previous form, he said, “so much emphasis was placed on the potential inability of the alien to understand the proceedings ... that it almost put the judge into the position of being an advocate.”

You want a chance at justice, kid, you best learn English and get a good lawyer. Which, since deportations are civil matters, not criminal proceedings, you won't get at public expense, haw haw.

The new guidelines reflect the sociopathic priorities of Attorney General Jeff Sessions (vomit!), who has a unique view of children who cross the border and make asylum claims:

Sessions said in a speech in Boston in September that the special accommodations for unaccompanied minors had been exploited by “gang members who come to this country as wolves in sheep clothing.”

Echoing some of these concerns, the new memo notes in a preamble that not all child cases involve innocents, and that the courts might see “an adolescent gang member” or “a teenager convicted as an adult for serious criminal activity.”

But in a slight concession to the fact that some of these children may not be terrorists, the 2017 guidelines retain some suggestions from the old document, including allowing kids to sit on a booster seat or bring a pillow, or a "toy, book, or other personal item" to the courtroom -- like the monster in Long Kiss Goodnight who lets Ellen Ripley's daughter, Ellen Ripley's daughter, bring her doll with her into the walk-in freezer where she is going TO DIE!!! (Spoiler alert.)

The Justice Department hasn't yet released further guidelines encouraging border patrol agents to fake preschoolers' paperwork so that three-year-olds confess to crossing the border "to look for work," but they'll get there, we're certain. If three-year-olds want jobs so bad, they can get a work visa and clean toilets at Mar-a-Lago like any other guest worker.

Yr Wonkette is supported by reader donations. Please click here to send us your certified-American money.

[Reuters via The Hill]