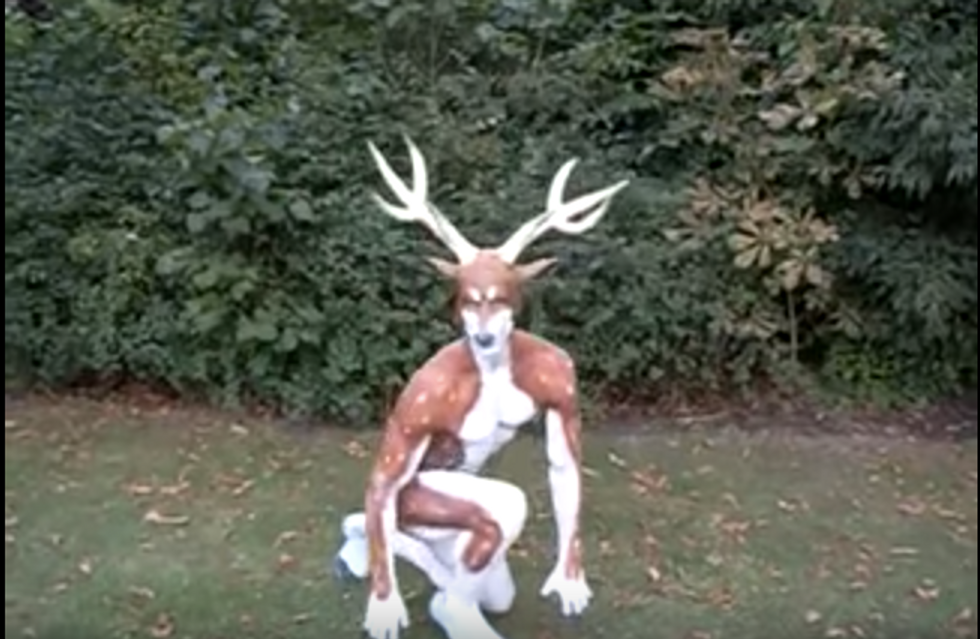 Kansans For Life, the leading anti-choice group in all of Kansas, has sent out a questionnaire to lawmakers across the state addressing a variety of subjects, including where they stand on the creation of animal-human hybrids. Which is a thing the group is very much opposed to, in case you were wondering.

The purpose of the questionnaire was not only to determine where the legislators stand on these issues, but also “the range of the kinds of things that the pro-life movement is interested in.” Because godforbid anyone think they were not multifaceted. No! Because when they finally fulfill their dream of a future filled with women dying from back alley abortions and shoving coathangers up their respective wazoos, they do not want that bright future filled with a bunch of godforsaken HUMANIMALS. Certainly, they do not want the humanimals getting abortions, as that would be doubly wrong.

Kathy Ostrowski, the group's leader, insists this is a totally normal thing to be concerned about. “Am I aware of it happening (in Kansas)? At this moment, no," she told the Kansas City Star. "But does that mean it’s not happening somewhere? I can’t tell you that.”

HMMM. Now that she says this, we do think we have heard of such a place!

“It’s been a concern for over 10 years,” she said. “…We’re not inventing this. This is not crazy stuff.”

Of course, there are a few scientists experimenting with things like growing human ears on the backs of lab rats, and trying to combine animal and human DNA in embryos -- so far, limited to work in petri dishes -- for the purposes of curing diseases, but it's pretty unlikely that anyone is going to create a race of Cat People anytime soon. "Human-animal hybrids" simply aren't a threat, no matter how much Christine O'Donnell worried about mice with human brains in them.

In addition to this important issue, the questionnaire also asked whether or not they would be in favor of collecting "'economic, educational and health history profiles and other relevant information, such as the stated reason for the abortion, from women obtaining abortions' and whether they would support allowing the state to collect data on 'fertility procedures, including the number of embryos created, implanted, destroyed, selectively reduced and retained.'”

Ostrowski explains that it is definitely her business to know all that information about women who have abortions or fertility procedures because “That’s what we’re for: more information. Not shaming them, not giving their names ... It’s a good thing. It’s a good thing for science.” Yes, science. What kind of "science" could be done with knowing the economic, educational, and health history of those seeking abortions? Who knows! But since it only involves stigmatizing abortion-havers and not developing a race of animal-human hybrids, it's probably AWESOME.