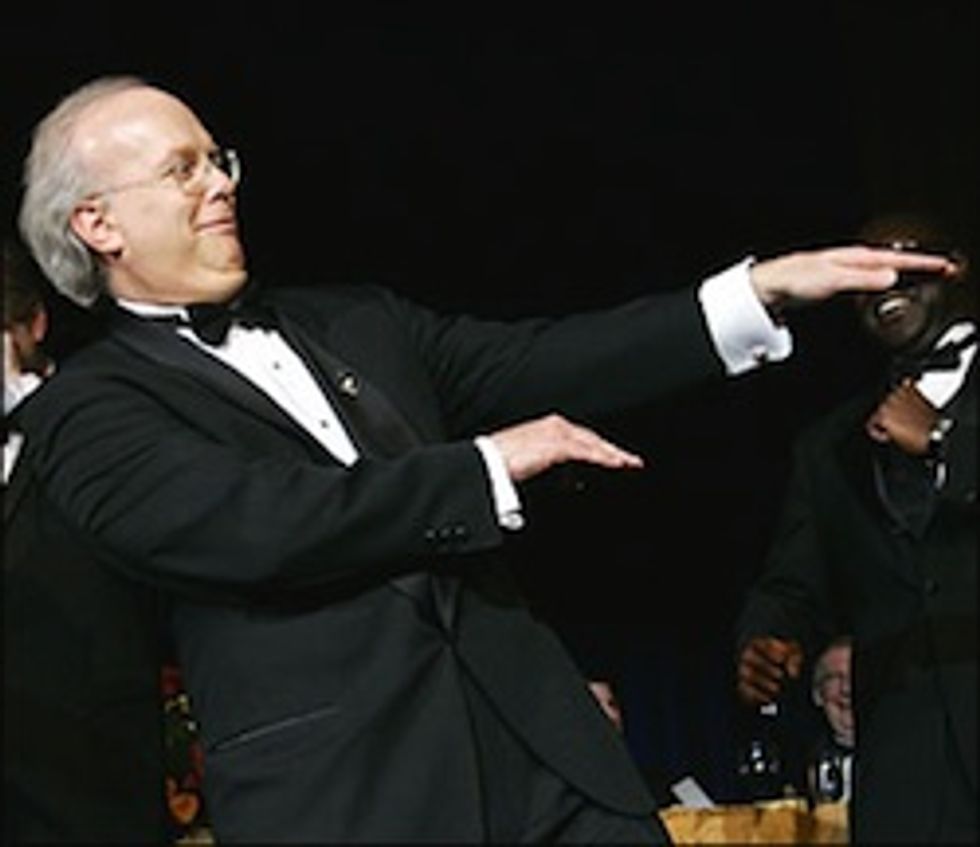 Yesterday Karl Rove met with a group of billionaires in a secret room in Tampa, where hesuggested that murdering Todd Akin might be an appropriate means of delivering his party to higher, more Senate-controlling vistas. It's about time Karl Rove considered this, the murder of Todd Akin. Wasn't it sort of obvious...?

On the final morning of the Republican National Convention, Karl Rove took the stage at the Tampa Club to provide an exclusive breakfast briefing to about 70 of the Republican party’s highest-earning and most powerful donors. During the more than hour-long session, Rove explained to an audience dotted with hedge fund billionaires and investors—including John Paulson and Wilbur Ross—how his super PAC, American Crossroads, will persuade undecided voters in crucial swing states to vote against Barack Obama. He also detailed plans for Senate and House races, and joked, “We should sink Todd Akin. If he’s found mysteriously murdered, don’t look for my whereabouts!”

Then Rove pleaded with his audience for more money—much more.

No, sorry, no, no money until you come back with Todd Akin's head on a pike, you twit.