Katy Perry Announces She Will Not Run For Governor Of Texas 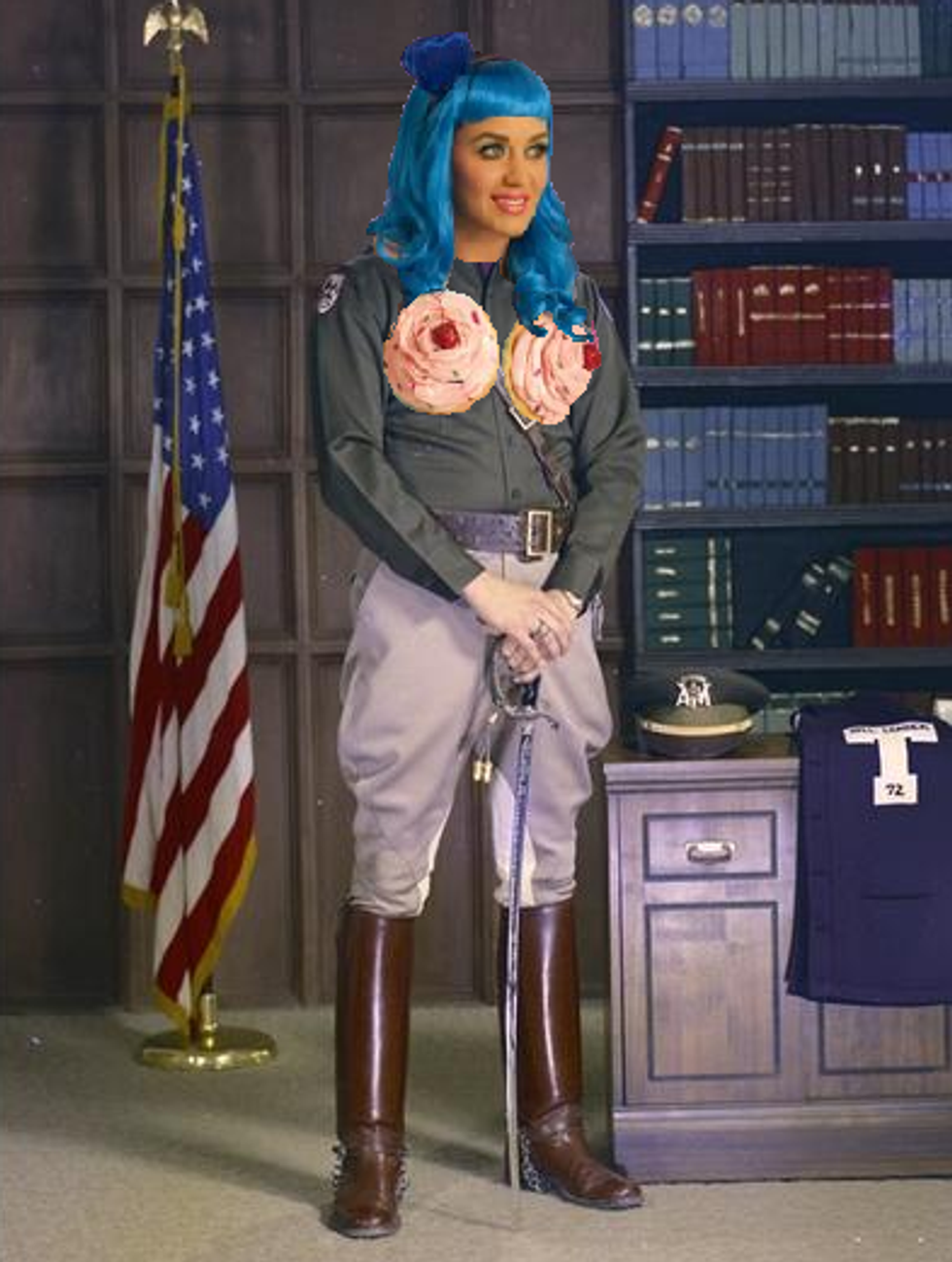 Katy Perry announced today that she will not seek re-election as Governor of Texas in 2014, but would not say for certain whether she plans a presidential bid in 2016. The three-term governor has held office since 2000, when then-Gov. Kate Bush became President. Her time in office has been marked by a controversial mix of right-wing politics and catchy pop hooks. Perry's 2012 presidential campaign derailed after a series of gaffes, particularly her inability to remember which three federal departments she had liked kissing.

Texas Democrats are hopeful that 2014 might offer them a chance to retake the governorship for the first time since the 1991-95 term of Keith Richards; possible Democratic candidates include San Antonio mayor Julian Cope, who gave the keynote speech at the 2012 Democratic National Convention, or Dallas/Fort Worth state Sen. Wendy O. Williams, who gained national attention with her recent filibuster of an antiabortion bill.

In an amusing aside to the news that she would not seek re-election, this weekend, the Huffington Post featured a book excerpt revealing that Perry's candidacy-ending "oops" gaffe may have been the result, at least in part, of a pre-debate "bro-down" with fellow candidate Herman Cain (and the Hermits). In yet another excerpt from Dan Balz's Collision 2012, we learn that Perry and Cain had an awkward encounter in the restroom just before the debate:

[Perry] saw Herman Cain standing just behind him. The Michigan debate came shortly after Politico reported that two women had accused Cain of inappropriate behavior when he was the head of the National Restaurant Association. The Cain campaign accused one of Perry's new advisors of leaking the story, a charge that was denied by Perry's campaign. Perry recounted to me later what happened next. "He looks over at me and he's always got that big smile on his face and I said, 'Herman, how you doing, you big stud?' That's a term of endearment that I would use. Then he kind of had a funny look on his face and I was like, 'God, I bet he thinks I'm making some kind of derogatory remark at him because of what's happened here in the last week.' I walked out of there and I came in and told that story [to his own advisors] and everybody was laughing."

Ha-ha, Katy Perry was rattled after accidentally reminding Herman Cain that he was an awful filthy sex harasser! Guess that pretty much explains that "Last Friday Night" song, too.