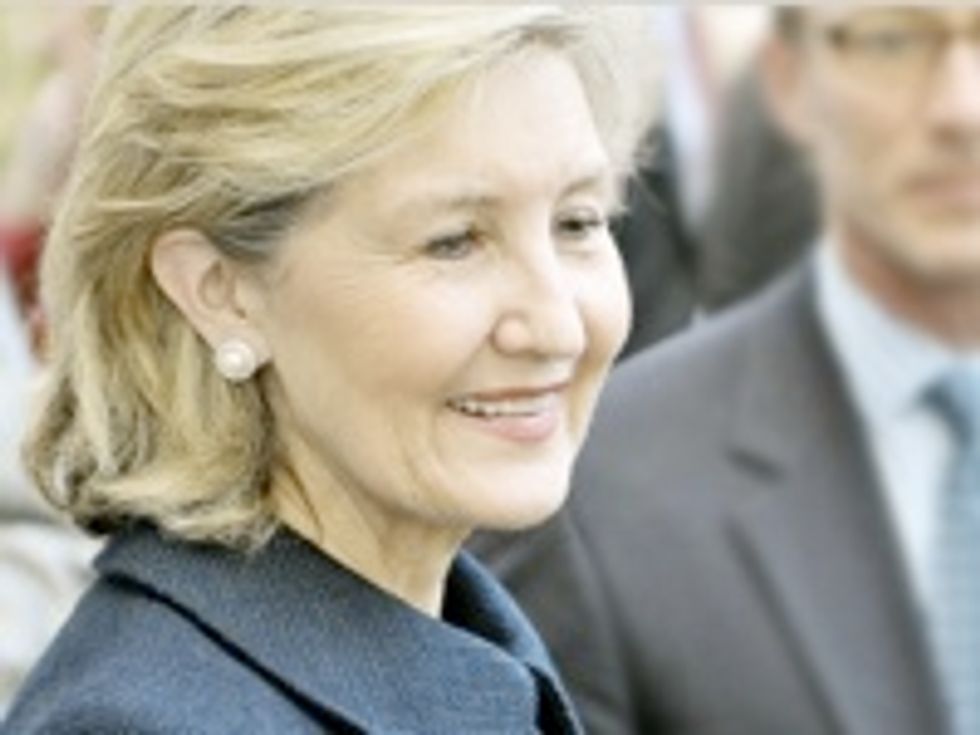 It's becoming clear now that handsy Texas ball-of-fire Rick Perry, in notably indiscreet fashion, has beentrying to cover-up or kill an investigation into the execution of an innocent man, which would show that... well... he and his staff could have maybe prevented this from happening! This is a major scandal, for serious. BUT LET US CONSIDER THE POLITICAL IMPLICATIONS. If you're Kay Bailey Hutchison, and you have a Texas Republican primary against Rick Perry in a few months, how do you attack this from the right? How do you reconcile (a) the major opportunity to attack Rick Perry for this major thing and (b) the fact that the Republican base loves the death penalty and will always love it and want it and cherish it? Hmm... uhh... how about... Rick Perry is in cahoots with the liberals? Huh? Any objections? Fine, type up a statement.

As hard as Rick Perry’s office and his campaign may try to divert from the issue, this is not about one man or one case. The issue is Rick Perry’s heavy-handed politicization of a process and Commission established by the legislature to provide critical oversight. First, Rick Perry delayed the formation of the Texas Forensic Science Commission, then he tried to ensure it didn’t have funding and when all else failed, he fired everyone he could. The only thing Rick Perry’s actions have accomplished is giving liberals an argument to discredit the death penalty. Kay Bailey Hutchison is a steadfast supporter of the death penalty, voted to reinstate it when she served in the Texas House and believes we should never do anything to create a cloud of controversy over it with actions that look like a cover-up.

Because of Rick Perry making such a scene, the gay liberals might now play that wacky "state-ordered execution of innocent person absolutely decimates logic behind capital punishment" argument, which has been discredited and is shrill. So elect me and I'll... whatever.

There's probably something wrong with your stance if you and your communications staff can't, just cannot, come up something that doesn't sound completely sociopathic.