Kellyanne Conway, Get Back Under Your Tree 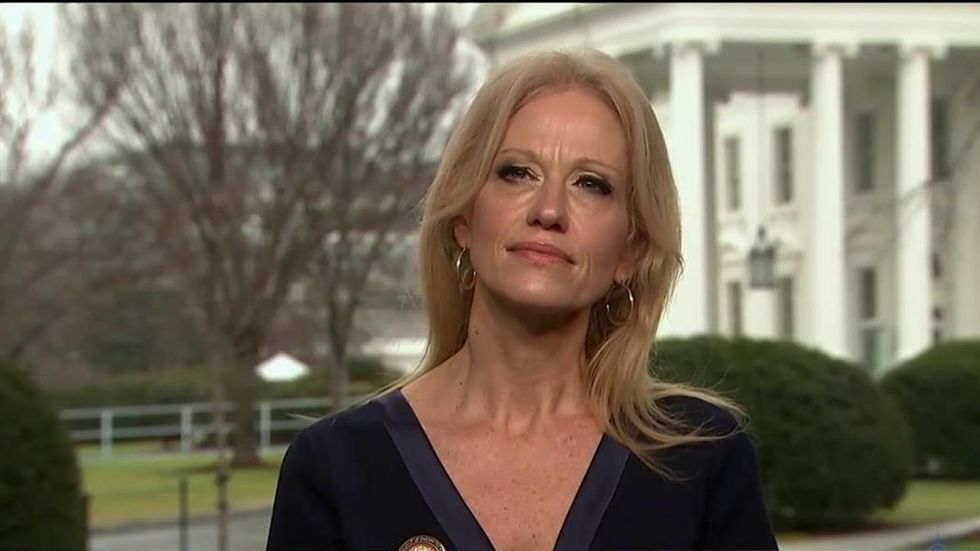 As you surely do not recall, last February I sat you (figuratively) down to have a little Come To Jesus Meeting about what feminism is and is not. Since you appeared to be pretty confused. Clearly, it did not take.

Like many other people who work for Donald Trump, a man who has routinely and over many, many years said a variety of disgusting things about women and their appearance, you simply could not believe that comedian Michelle Wolf would be so crass as to make a joke at the White House Correspondent's Dinner about how Sarah Huckabee Sanders burns facts and uses them to create a "perfect smoky eye." Oh, the humanity.

Naturally, you decided to pop on to Fox News and take a stand for FEMINISM, and ask if an attack on one woman is an attack on ALL women.

There is a difference, Kellyanne, in criticizing a specific woman for a specific thing that she does, and criticizing a woman for a specific, woman-related thing. For instance! Most cis-women who have not yet gone through menopause menstruate. So, when your boss, Donald Trump, made a comment about Megyn Kelly having blood coming out of her ... "wherever," that insinuated that her harsh questioning of him was due to her menstruating. A thing that, again, most cis-women do. That was a judgment on women and their ability to question someone fairly. If Wolf's joke had insinuated that the reason Sarah Huckabee lies is because she ... is a woman who wears eye makeup, then maybe this is something we could discuss. (Actually, we couldn't because that is what incels believe.) If she had actually mocked the way she looked, then we could discuss. Alas, this is not the case.

I get that it can be really tempting to want to "beat us at our own game." It can be tempting to get to feel, for once, like you have the moral high ground. The problem is, we're actually not playing a game.

For instance. If someone were to come out and say insulting things about the way you look, I -- an actual feminist -- would say, "Hey! That is messed up, and there are far more important things to be criticizing Kellyanne Conway for. Like how she lies all of the time." In fact, I have said things like that. On multiple occasions. I have also called people out for saying transphobic "Haha! She is secretly A MAN" shit about Ann Coulter, and for making prison rape jokes about other people I hate. Because my values are consistent across the board, and I give no passes. It's not as if I only believe the things I believe when I can use them to attack those I don't like. I certainly don't care for Carly Fiorina, but I was sure as hell appalled by what your boss, Donald Trump, said about her face.

"Look at that face! Would anyone vote for that? Can you imagine that, the face of our next president?!"

Remember when he said that? Hmmm? Do you see the difference? It is not that hard to see if you are not being a disingenuous jerk.

I hope that clears things up for you!